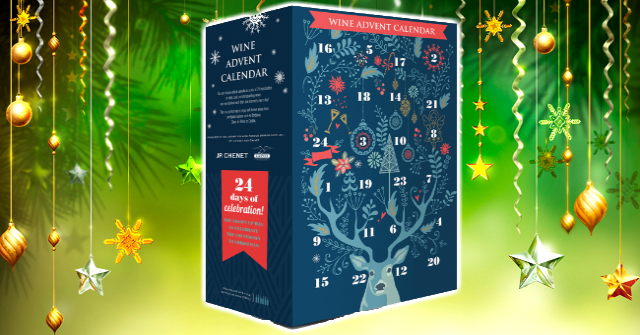 We are called to holiness.

It is quite amazing that we who have faith and believe we will live forever can sometimes allow ourselves to be influenced or contaminated by the unspiritual viewpoint of western culture.

We could have heaven on earth, but sometimes we create hell on earth. So many carry the burden and mental exhaustion of living hectic lives that fail to nourish its meaning and purpose. While secularism embraces mindfulness it has little regard for nourishing deep spiritual hope. We are not usually portrayed as spiritual beings when it comes to marketing, media and advertising.

I was greatly saddened to see an Aldi advertisement campaign geared for children in the context of an Advent Calendar. Children love the countdown to Christmas. However on this calendar everyday had a focus on a cheap bottle of wine!

How many children’s lives are seriously neglected in this Republic because of alcohol issues within the family? How many children’s Christmas’s would be much more magical if adults focused on their needs as opposed to doing what makes their life happy?

Throughout the month of November in the Christian tradition we remember loved ones gone before us. We also take inspiration from the lives of saints. The saints encourage us in our own struggles because like us they also endured struggles, they grew from strength to strength, they matured in the Lord as they grew in years. We also see this journey of growth in the great people of the Bible.

We could think of Abraham whom Genesis tells us pretended his wife was his sister because he was afraid but Abraham grew to become our father in faith. Moses had a speech impediment and had murdered and protested against being called by God but he led his people to the Promised Land.

In the Gospels Peter is impulsive and doesn’t want the Lord to suffer but in Acts he is totally transformed and considers it an honour to suffer for the Lord.

The journey of growth in the great people of the Bible is also seen in the canonized saints. The Curé of Ars struggled with learning while in seminary but so many pilgrims went to Ars to confess to him that by 1855 there was a daily service of two horse buses between Lyons and Ars, and two other buses met the Paris train at Villefranche. The railway station in Lyons even had a special ticket office for people going to Ars, so many were the pilgrims.

St. Thérèse wrote in her autobiography that after the death of her mother, “I, once so full of life, became timid and retiring, sensitive to an excessive degree. One look was enough to reduce me to tears.” (Story of a Soul: The Autobiography of St. Therese of Lisieux, Third Edition pp34-35).

She went on to become the Little Flower of Jesus whose relics even stopped the traffic on Fifth Avenue New York because so many people came to venerate her, and three million people venerated her relics during their visit to Ireland in 2001, the same number of people who attended Papal Masses in Ireland in 1979.

St. Augustine struggled with impurity in his youth. As a teenager he was influenced by the loose living of his companions. When he was studying in Carthage he decided to take a mistress. He was such a scoundrel that he even once said to his mother St. Monica that there would be no problems between them if she gave up her faith!

He underwent a conversion in Milan and went on to become a priest at the age of 36 and a bishop at the age of 41, and was Bishop of Hippo in North Africa for 35 years. One example of the influence Augustine has on the Church is that in the Catechism of the Catholic Church there are more quotations from St. Augustine than from any other writer.

St. Ignatius of Loyola had a colorful past before his conversion. In 1515 Ignatius and his brother Pedro Lopez were arrested and prosecuted for nocturnal misdemeanors that were outrageous. Ignatius says up to his 26th year he was given to worldly vanities. He was proud, sensuous, and driven by violent and powerful impulses, he demanded adventure and glory.

But after his conversion he noticed that day dreaming about the saints brought him joy but not worldly matters. And thus gradually he developed the rules for discernment of spirits and established the Society of Jesus. He established a college in Rome for young men entering the Society of Jesus and also set up colleges in Jerusalem, Cyprus and Constantinople. At his death in 1556 the Society of Jesus had 1000 members with 100 houses throughout the world. We see this same journey of growth in the lives of all the saints.

The saints remind us of who we really are,

“we are God’s children now; what we shall be has not yet been revealed. We do know that when it is revealed we shall be like him, for we shall see him as he is. (1 John 3:2)

We hope and pray that all those near and dear to us who have departed are already or will be numbered among the saints and so we pray for them especially during this month.