Three Laois lads have just returned home after being part of the five man team which represented Ireland at World Stihl Timbersports Championships.

There they, along with two others, represented Ireland against 22 other countries in what is known as one of the most extreme sports in the world.

Stihl Timbersports started 30 years ago in the USA and arrived in Ireland in 2006 with the country’s first Irish Championship.

Lumberjack sports origins go back to 19th century Australia where foresters would compete with each other outside work, putting their forestry skills to the test.

In stock saw, two cookies (discs of wood) of a certain thickness must be sawn from the horizontal tree trunk in one down cut and one up cut. 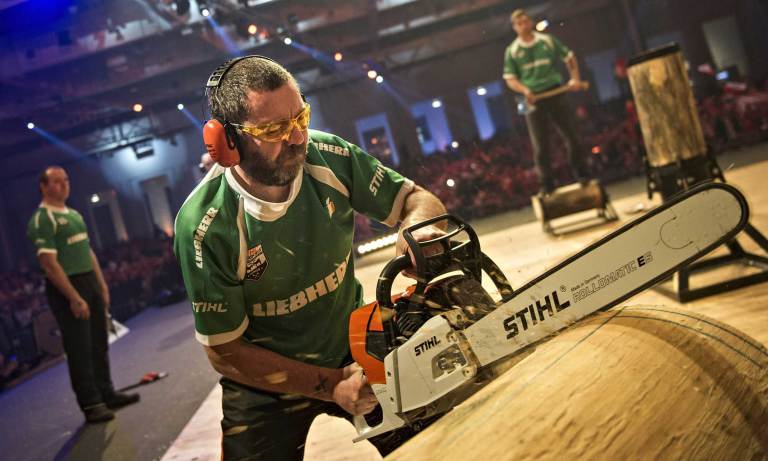 For underhand chop, the axemen stand on the log and cut downward between his legs, alternating between left and right hits. The log is cut half way on one side the swap feet, face the other way and cut the second side. 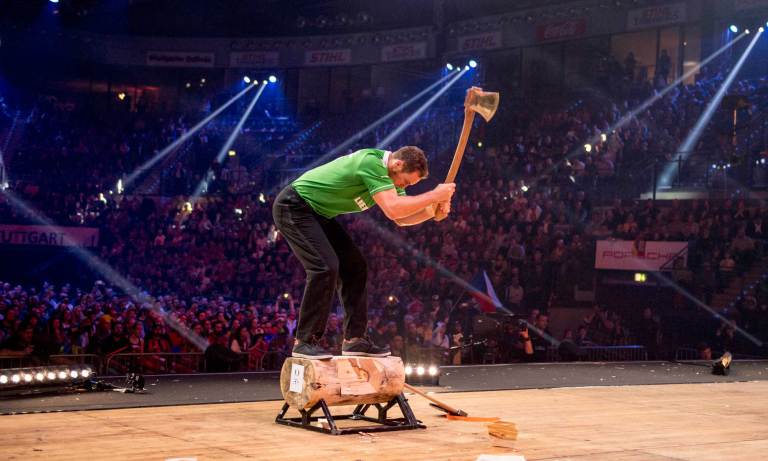 Cross cut sawing usually takes 2 forms. Single-handed (one-man saws on his own) or double handed sawing (two men, one on each end). 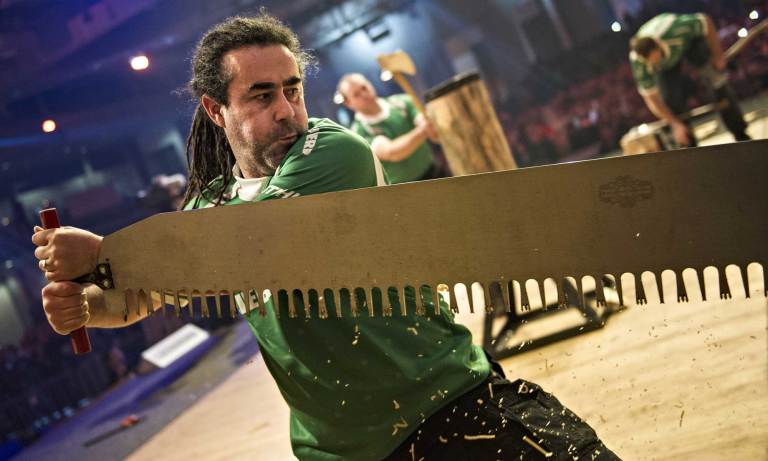 In standing block, logs are clamped vertically in a secure metal stand so that the top of the log is about shoulder height. The first hits are made upwards at roughly 45 degrees, usually two, in a horizontal line across the log.

This is followed by downward hits, again at roughly 45 degrees. This pattern of up and down hits is repeated until the axeman reaches half way through the wood, where he will walk around to the other side and repeat the process until the block is severed. 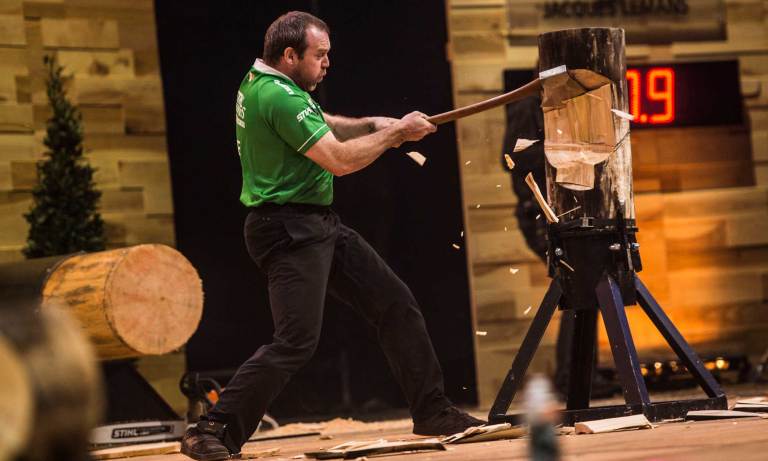 The springboard treefelling is considered the most spectacular event in the sport. The object of the event in the modern day arena is to climb the tree pole by cutting “board holes” or “pockets” and placing special tree boards in the notches to ascend up the tree in a spiral fashion.

Whilst balancing on the top board (two boards high) the axeman cuts the block half-way through (such as in the Standing Block events) and then changes the axe grip and cuts the block in half. The two board trees are approximately nine foot from the ground to the top and the block being cut is roughly two foot long. 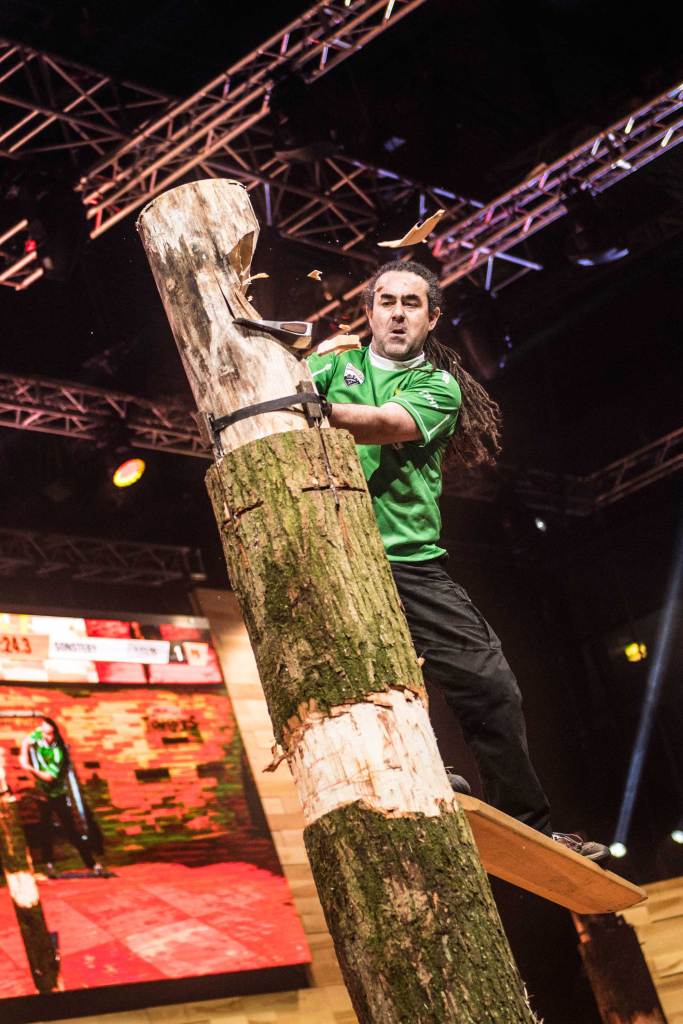 And finally, the hot saw discipline uses specially tuned, extremely powerful chainsaws. The aim is to cut three cookies of a specified thickness from a horizontally positioned trunk (diameter 46 cm) as quickly as possible.

In 2016 Ireland performed along with 26 other countries at the Stihl Timbersports World Championship in Stuttgart’s sold out Porsche Arena where they had their most successful year breaking three national records.

This year, Daragh Clogher did the Standing Block Chop, Leo Brophy competed in Stock Saw, Gavin Thompson in the Underhand Chop, Patrick Fitzpatrick was Reserve Athlete and Seamus Ryan did the Single Buck.

And while they weren’t as successful this time, Leo Brophy told how they are already looking forward to next year.

He said: “It’s funny really because the sport is really popular outside of Ireland but not many people know what we do here.

“It would be shown regularly on ESPN and EuroSport for example.

“We weren’t too successful in Norway but we are already looking forward to next year when the Championships come to Liverpool.”

The lads train up in the Slieve Bloom mountains and are well worth checking out if you ever get the chance.