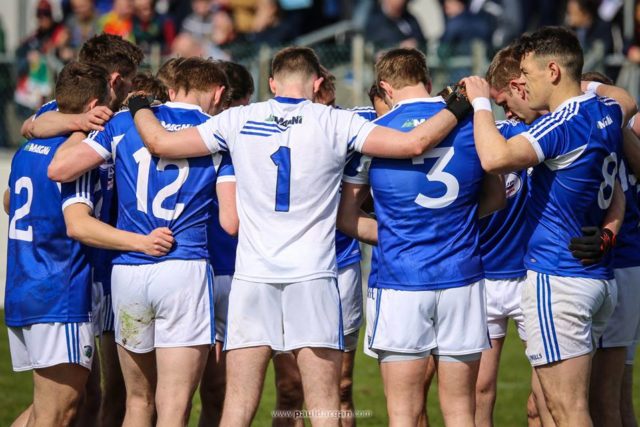 Laois senior hurlers and footballers are now available to play for the clubs for the month of April – with no inter-county activity due to take place for the duration of the month.

And while the severe weather in February and March resulted in the postponement of a number of games – with the Division 1 hurling league final postponed two weeks until next Sunday, April 8, a number of counties around the country are playing championship fixtures.

Laois opted against bringing forward club championship games – instead sticking with their formula of starting the competitions in late July/early August.

However, there is a busy schedule of league games over the next month and county players will be available to play with their clubs in the weekend games.

Laois GAA vice-chairman and hurling board chairman Tom Clear told last week’s county board meeting that players will be available for weekend games –  but not training sessions.

And he also said that the players will only be available to play the games if the fixtures go ahead on the scheduled date.

“If clubs change a fixture to a different day, then they may not have their county players,” he said.

Already two rounds of the hurling leagues have been played – with members of Eamonn Kelly’s Laois senior hurling panel having lined out with their clubs since the county’s Allianz Hurling League campaign had come to a conclusion.

The first round of the football leagues have been played but county players weren’t available for those fixtures as Laois were still involved in their Division 4 season.

There are hurling fixtures on the next two Sundays, April 8 and 15, when the Laois players are available.

There won’t be any more club hurling games until May 6 when county players are unlikely to be involved as Laois will be playing their Joe McDonagh Cup championship fixtures in May.