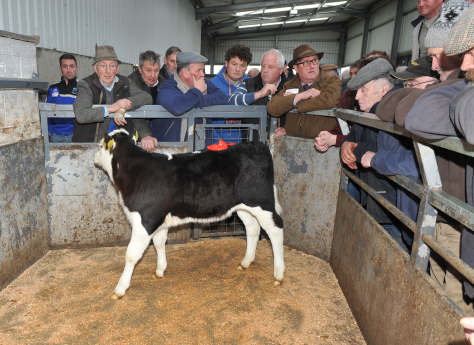 There was another good trade last Saturday at Ballinakill Mart. There was plenty of plainer cattle on offer across both rings, but they were a bit slower to sell.

Heifers were a very lively trade with many exceeding the €1000, such as a 400kg Charolais heifer which reached €1,100.

Heavy bullocks were again in big demand with one 600kg Limousine bullock making €1,520. A big push was made to pick up cattle for grazing as the weather begins to pick-up, with the better yearling cattle making anywhere between €2.40-€3.10/kilo.

In Carlow Mart last Monday, trade was also very strong. Numbers were down on previous weeks, with another very big showing of calves.

Finishing cattle and forward stores were in good demand, with some 550-600kg Limousine bullocks fetching a big price upwards of €1200, while there was also good prices for Freisian bullocks with a 600kg animal demanding a price of €1100.

One 610kg Charolais heifer came in at €1490 while a 600kg Limousine heifer made €1550. Lighter heifers were harder to come by but 400kg continental heifers were still making past the €1000 marker.

Freisian bull calves were back up in price with an increase of €30 all-round. The better Freisians were back up at around €170, still a few euro behind this time last year.

Hereford calves were still down in price, with the better whiteheads barely exceeding the €230 mark. Angus were also down again compared to last year, the better also struggling to go past €230.