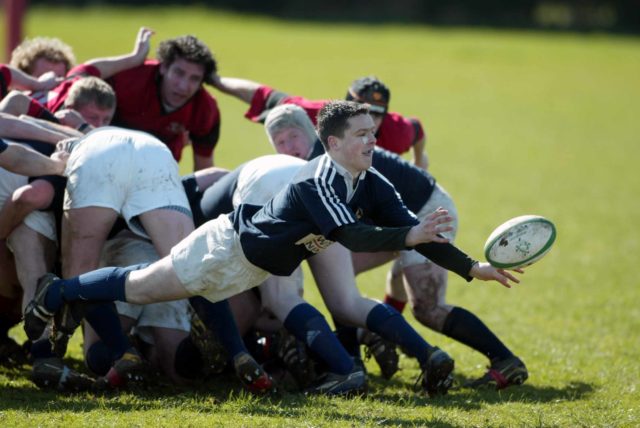 This weekend 15 years ago, Portlaoise booked their place in the Towns Cup final for the second time in three years, thanks to a hard-earned win over Clane.

They did so thanks to a late try from Mickey Fennelly, a score that finally separated the sides in Mullingar.

Neither side stamped their authority on the game, with both having chances to control the outcome of the game, meaning it was always going to take a piece of individual brilliance to separate the teams.

Brian Gee and Ian Galbraith were both in outstanding form in the game, as they were for that whole season, and it was Gee who managed to open the Laois side’s with a brilliant show of strength and determination to cross the try line.

The side’s were close, but their was a seven point advantage for Portlaoise when Kevin Flanagan whizzed his way through the Clane defence, beating a number of defenders and touching down in the corner, creating a try from nothing.

The manic opening half was not over yet, as Nigel Peavoy found himself in the bin, before Clane heaped the pressure on Portlaoise and resulted in them grabbing the leveling score just before the break. It was 12-12 at the half.

The second half was a much more tight and tense affair, not as much lose play was allowed and Portlaoise ended up conceding three consecutive penalties, but Clane were unable to convert any of their kicks, letting Portlaoise off the hook.

When the final few minutes ticked around, it looked as though there wasn’t going to be anything to separate the sides, but up stepped the captain Mickey Fennelly who raced through from his own 22-metre line and clinched victory.

Alf Harvey was there that day and he captured some great pictures of the action below.