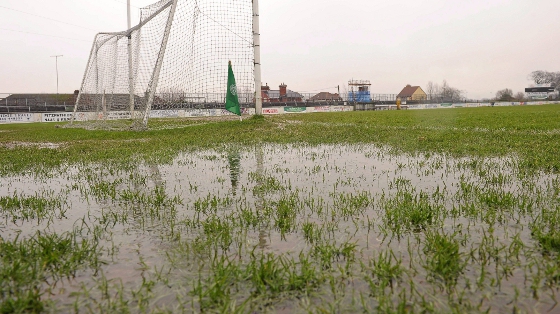 Heavy rainfall earlier today has already begun to cause the cancellation of local sports fixtures.

Due to the bad weather, the Downey’s Nissan Laois Athletics Track and Field Championships are cancelled tonight.

Alternative arrangements will be announced shortly.

Many had hoped that weather would improve after the wet and stormy months endured recently.

However, there was heavy rainfall again this morning.

Later in the night, however, scattered showers will develop along the south coast and these will extend inland to affect southern parts of Munster and Leinster by morning. With light winds it will turn cold.

Minimum temperatures will range zero to 4 degrees leading to a touch of grass frost. A few mist and fog patches will develop also.

So much for our summer!

There will be a slight improvement tomorrow, which will bring a mix of sunny spells and showers after a chilly start.

There will be highest temperatures of 11 to 14 degrees in light southerly or variable winds.