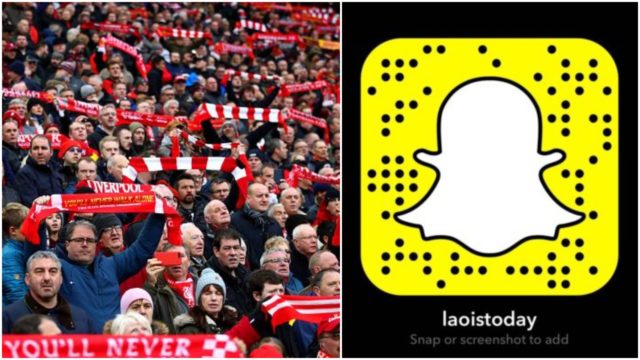 Two Laois men are among the massive band of travelling Liverpool supporters making their way to Ukraine for Saturday’s Champions League final against Real Madrid.

Ballinakill men James ‘Sal’ Kelly and his brother Padraig, along with Carlow man Daniel Wall, have a long way to get to Ukraine. A flight to Athens, a six-hour stopover and final flight to Ukraine – only for the truest fans.

Sal will be doing a Snapchat takeover for LaoisToday of the match and what he hopes will be a Liverpool win.

“Tomorrow night will either be a serious celebration or an emotional cry into my pint of blackcurrant,” said James, a non-drinker who is well known around the county through his work with Laois GAA and the Laois Sports Partnership.

You can be sure of a bit of character from this takeover, as ‘King Sal’ also made LaoisToday’s 20 Laois lads we reckon would go viral on Reality TV

Sal has been described as, “being the closest thing Laois have to Callum Best” and “fond of the odd swipe on Tinder”, so we can’t wait to see what he gets up to abroad.

To follow all the action (and to see what the Laois lads get up to afterwards!) simply add ‘LaoisToday’ on Snapchat.

SEE ALSO – Can you name the Laois players who played in the two 2004 Leinster finals?