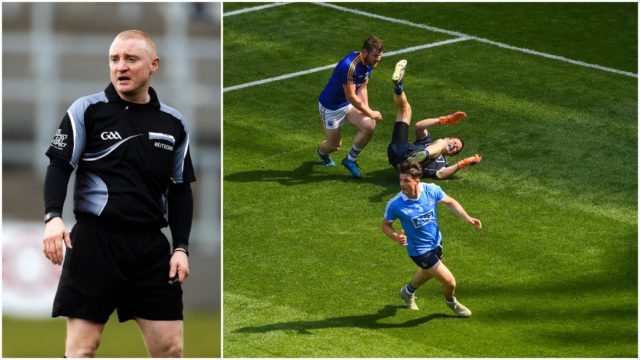 Laois have received a massive boost this morning with the news that Dublin keeper Stephen Cluxton is set to miss the Leinster final.

Pat Nolan of the Mirror reports that Cluxton will be out for at least four weeks following the injury he sustained against Longford last Sunday.

Cluxton was hit very late by Longford full forward James McGivney, which saw him sent off, and was immediately substituted by Evan Comerford.

The Dublin captain is believed to have suffered damage to his ribs as a result of the heavy challenge when in mid-air.

If Cluxton is out, it will bring to an end a remarkable run in the Dublin team that goes back 14 years.

The 36-year-old hasn’t missed a Championship game for Dublin since 2004, when he was suspended for the defeat to Westmeath.

And with the vastly inexperienced Comerford set to deputise, it is certainly good news for Laois who will be without their own captain Stephen Attride through injury also.

Meanwhile, the referee for the final has also been confirmed.

Barry Cassidy from Derry will be the man in the middle on Sunday week.

He officiated at the Wicklow v Laois qualifier in Aughrim last year.