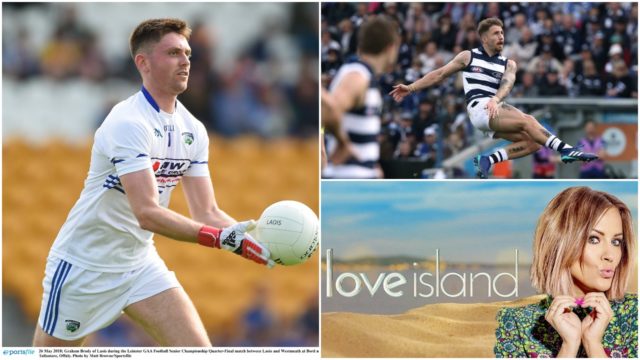 Laois Twitter really outperformed itself this week, and we have all the best and brightest Tweets coming to you in our weekly round-up.

Admittedly, most of the Tweets are football-orientated, but after Laois’s won the Leinster semi-final last weekend – that was what all our Twitter feeds were consumed by.

Here’s our Tweets of the Week.

Omg imagine a Laois version of Love Island? Now that would be quality tv ??

Great to see the captain smiling after 25 stitches, a double skull fracture and concussion. As brave as they come Steven Attride pic.twitter.com/JU5QBwXtPA

The Laois captain’s heroics certainly made an impression on Twitter

Avid Graham Brody fans are taking up our Twitter feed this week!

Beautiful in its own way

Sounds like an idea every school could get behind

Out to bate Carlow!