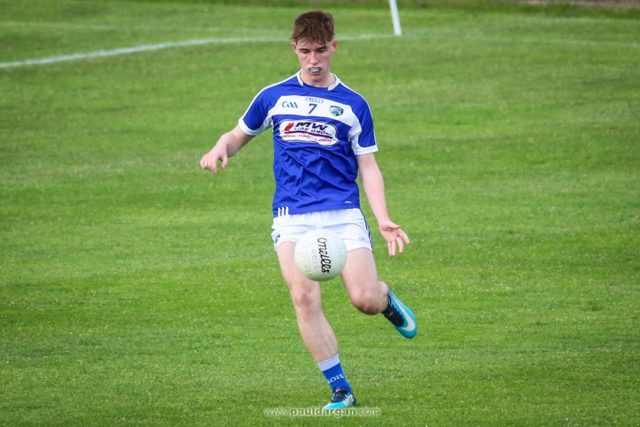 The Laois minor footballers will be looking to reach the Leinster semi finals when they face Kildare this evening.

At 7.30pm today, they will go head to head against their opponents in St Conleth’s Park Newbridge in the fourth round of the Leinster championship.

Donncha Phelan’s side are in a group with the aforementioned Kildare plus Wexford, Carlow and Longford.

This is Group 1 of the newly revamped Leinster minor championship and Laois must finish in the top two spots to make the semi final.

Wins over Longford and Wexford, along with a draw against Carlow, have them top of the group on five points.

Kildare sit second on four but have played a game less.

If Laois finish third or fourth, they will head into the Shield section of the competition.

Anyway, we will now take a look at the match ahead:

The Laois team named ahead of tonight’s game is:

What Kildare players should we watch out for?

Kildare won three of the previous five minor football titles before the age grade changed to U-17 and are always strong.

They comfortably defeated Wexford and Carlow in their two games so far and a number of players have shone.

Muiris Curtin kicked nine points between the two games while Alex Beirne helped himself to 1-7.

Their defence is equally impressive as they held Wexford scoreless from play for all of that game.

They have not played a competitive game since May 23 though so this may test them slightly. But a win here will see them qualified for the semi finals with a game to spare.

The most recent meeting between Laois and Kildare at this level came in the 2016 Leinster final.

It was a first provincial final appearance in this grade for Laois since 2007 and while full-forward Diarmuid Whelan contributed seven points, they were outclassed by a more powerful Kildare outfit.

There doesn’t seem to be any odds available from any of the bookmakers for this game.