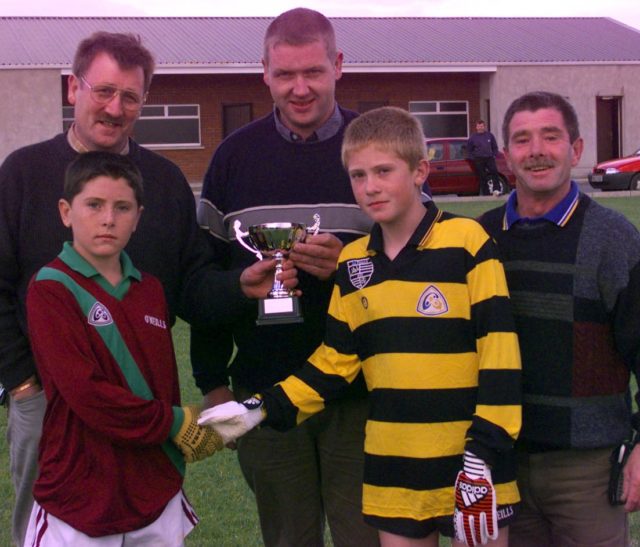 This week’s remember the game has a whiff of nostalgia off it, as The Heath managed to secure their first underage title in more than six years by overcoming Portarlington in the 2000 Laois U-12 Division 2 Football final.

The game was play in Stradbally, and the day was scorcher and allowed for some great football to take place, but not many would have predicted an eight goal thriller.

It was a game of two halves, as Portarlington dominated the proceedings in the opening half taking a strong lead in at the break.

At the break, Portarlington had been really the only team performing well, but their 1-4 to 0-1 lead at the halfway point was not a good reflection their dominance.

The Heath management team must take some credit, as they issued a number of positional changes at the break, notably moving Colin Nestor to full-back, Philip Browne to half back while Liam Buggy was tasked with commanding midfield.

Three quick fire goals from Shane Booth, Barry Whelan and Matthew Callaghan allow The Heath to secure the lead for the first time.

They never looked back as they held off Portarlington’s challenge, and they cemented their position when Shane and John Booth added two further goals.

They ran out comfortable eight point winners, but those who were in attendance experienced a thrilling and skillful game of football and many of the stars on the day eventually pushed forward to compete with Laois on an inter-county level.

Alf Harvey was their on the day and captured some great photos.