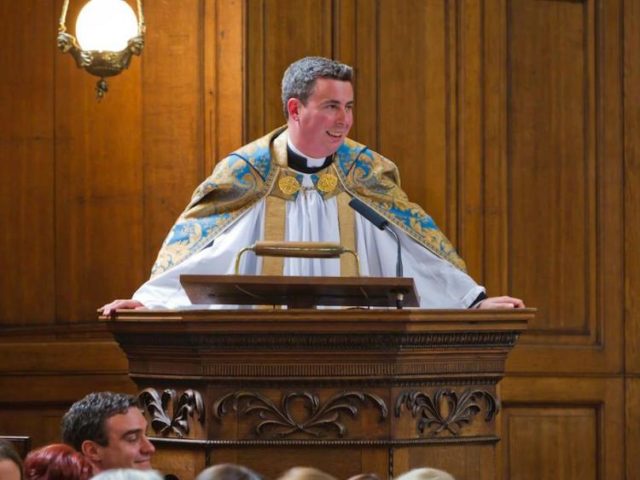 A number of positions have been rearranged within the Church of Ireland.

Reverend Dean McDonnell will become the next dean of Ossory, it has recently  been revealed.

Rev McDonnell has previously been rector of Dunfanaghy, Raymunterdoney and Tullaghbegley in the diocese of Derry and Raphoe since 2014.

He was also an assistant curate of the Christ Church Cathedral group in the Dublin and Glendalough Diocese and treasurer’s vicar of St. Patrick’s Cathedral, Dublin.

Reverend David is originally from Carrickmacross, Co Monaghan and qualified as a primary school teacher before beginning to train for his ordination at 25.

During his curacy, he served the inner-city churches of St Werburgh’s, St Micheal’s, and All Saints, Grangegorman and was chaplin of St James’ Hospital and the Law Society of Ireland.

Fr David has a great passion for music, the Irish language and photography.