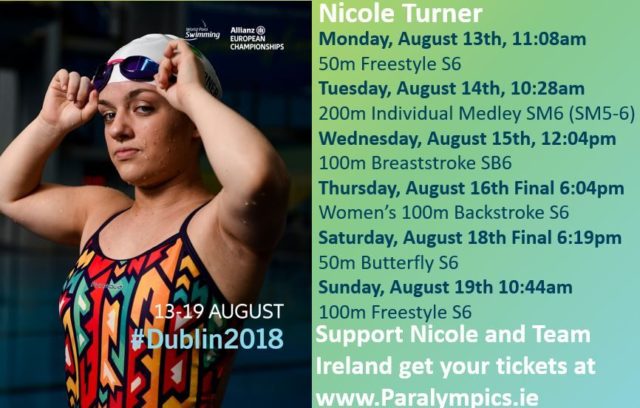 Portarlington teenager Nicole Turner is getting ready for one of her biggest competitions yet on home soil – the World Para swimming European championships.

Sixteen year old Nicole is Team Ireland’s youngest and also busiest member of the squad – representing her country in an incredible six races.

Nicole’s first race is on today, Monday August 13, where she will compete in the 50 metre freestyle at 12.08pm. Tomorrow, she is swimming in the 200 metre individual medley.

On Wednesday, the young Olympian will swim in the 100 metre breaststroke and follows this up with the 100 metre backstroke on Thursday. She takes on her favourite event – the 50 metre butterfly, and 100 metre freestyle on Saturday and Sunday respectively.

Speaking to Nicole’s mother Bernie, she said that she is ‘very nervous’ but is looking forward to cheering on her youngest child.

Used to holding her own on the international stage

Nicole won two silver medals and a bronze at the European Championships in 2016, in addition to reaching the final at the Paralympic Games in Rio de Janeiro in the same year.

In 2017, the Coláiste Íosagáin student was named Para Swimmer of the Year for her outstanding accompolishments.

Ireland will have a total of seven athletes representing their country at the World Para Swimming Allianz European Championships.

All events are taking place at the National Aquatic Centre, Dublin, from Monday August 13 to Sunday, August 19. 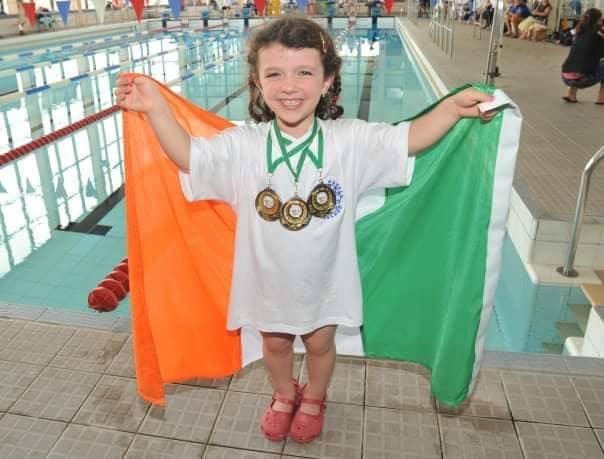