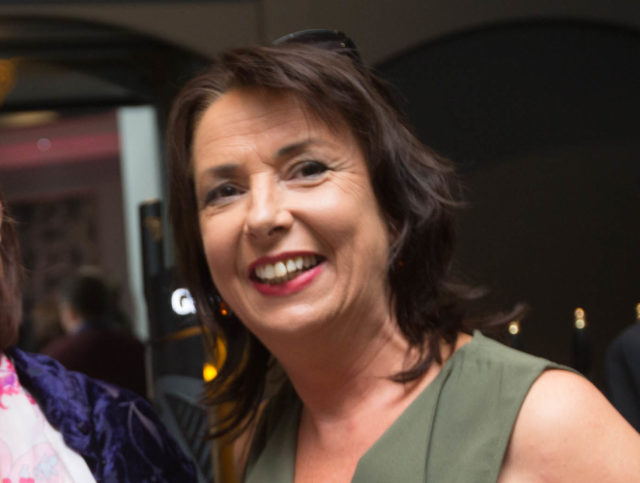 The Limerick native and IT Carlow lecturer spoke openly about a wide range of topics – from receiving a less than warm welcome when co-opted by Fianna Fáil to fill the late Jerry Lodge’s seat; to trying to bring condom machines to NUI Maynooth during her time as a student.

Pauline’s first opening into the political arena is quite the story in itself.

“I was finishing my degree in Maynooth, and I sitting in the bar in the Roost if I’m being completely honest, when these leaflets were handed out about student’s union presidency for the SU in Maynooth.

“A friend of mine said we should go for it, so she went for Vice-President and I went for President. There were 8 of us ironically enough going for president that year, so quite similar to this co-option that happened. Again, I was a total outsider and hadn’t really been involved in the student’s union up to then. But I was passionate about representing people at the time and I got the presidency,” Pauline said.

“During the time, back in 1980s, there were no condom machines in NUI Maynooth, and I thought, ‘Well this is kind of mad, no condom machines in a college?’ It was also during the time of the aids controversy and epidemic and people were genuinely scared. So I said look it we better buy one. I found out then we had to have a referendum so I said then we’ll just have a referendum.

“Little did I realise that within Maynooth you’ve got Maynooth University and the Theology side where the clerics study. But to me you’ve got thousands of lay students who if they want condoms, they should be able to have them.”

Pauline says that the conversation around the referendum ignitied her interest in public relations, and she is now a lecturer in Media and Public Relations in IT Carlow.

“What I found very interesting, to the outside world, especially to the media world, it became a huge story. We had the referendum, and it was passed, believe it or not.

“It came on the front page of the Irish Times, ‘Pauline Madigan SU President wants condoms’. I found it very interesting what makes news, and how news becomes news.

“From that I wanted to know how does all this work, hence finding the term ‘public relations’ so I went on and did a post grad in public relations and subsequently a doctorate. I worked in consumer PR, and worked in Eircom and ESB press offices,” said the Portlaoise resident.

Less than smooth start into the local cumann

Pauline also spoke candidly about the row in the Portlaoise Fianna Fail cumann over her being co-opted to the seat left vacant following the death of Jerry Lodge – who was an elected representative for over 50 years – earlier this year.

“There’s two things I’d like to say. My husband got a job in CBS so we’ve been here 21 years. I adore Limerick but I love living in Laois. I find it interesting that 23,500 out of 80,000 people weren’t born and rared in Laois. Bring on more of us who weren’t born and rared in this county because the diversity and inclusiveness is needed in both national and local politics,” said the IT Carlow lecturer.

However she also says she understands how some staunch local Fianna Fáil supporters and campaigners for years might not have been happy when she was co-opted for the vacant seat left after the death of the hugely popular councillor Jerry Lodge.

“The second thing is – this one being the sticky wicket – not walking and pounding the pavements on behalf of the party, that I haven’t worked, that point I could see. If I had been working on behalf of Fianna Fáil for 10, 20, 30 years, and all of a sudden this blow-in comes and gets a job and takes over a seat used by a man who was adored by everybody.

“When I went into Laois County Council, to say hello to all the staff, every one of them spoke about the big shoes I had to fill, but also the dark cloud that fell over the building the day that Jerry died, and the amount of tears that were flowing from everybody and they’re thinking, ‘This is a person who hardly even knew Jerry, and how dare she?’

“I get it, my thing is that it’s up to me now to prove myself, and build up trust and show people that I’m a grafter.
I would also argue that although I haven’t been involved with the party in the last few years, I’ve been involved in local events like, the Stradbally steam rally, Portlaoise rugby club and the local GAA club (her son Frank Flanagan is heavily involved in Portlaoise GAA).

“Honestly like anyone who has done a PhD, I remember my supervisor saying to me ‘If you want to finish this you’re going to have to say no to everything’.  I remember being over in Sheffield University, where I got my doctorate and listening to the 2011 elections.  I sat with my supervisor said, ‘I need be to over there, I want to run’.
Friends of mine then said, ‘You are at nothing with Fianna Fail the way it is at the moment, and they were right.’

Pauline said that she believes that we do need more women in politics, but that we also need are people from different backgrounds on the political scene.

“People were saying because there were eight candidates on the co-option and because was the only woman, that’s why I got it. I would hope I got it because I’m me, not because I’m male, female transgender or whatever I am.”

When asked about politicans she admires, Pauline gave an unexpected answer.

“There’s two actually, and the male isn’t a very popular choice. Friends of mine say, ‘what in God’s name is wrong with you,’ but Brian Cowen. I’ve great time for him, his intellect. I’ve only barely met the man once or twice, but I’ve always been very taken with his insights and his ability to reflect and then act on various issues.

“However, having said that it was clear that he didn’t have the leadership skills that were needed, which is unfortunate and I genuinely do feel he got a raw deal in politics.

“From a female perspective I have to say I think Mary O’Rourke is very formidable. I’ve watched her for years when I was working in PR and she wouldn’t even refer to any notes when she was making a speech and I would wonder, ‘how can she do that’.

“She has a great line in her book, Just Mary, where again she’s talking about the juggling. She said she opened the door one day and a woman stood there and she said, ‘Hello, I’m Mrs Pearl Samuels and I am going to mind your house for you for now on.’ And she turned out to be a housekeeper for them for years and years,” said Pauline.

However her favourite moment of the former Fianna Fáil Seanad leader’s is where she supposedly did a live radio interview – from her bathtub.”It was a real heavy interview on Morning Ireland and I was listening going, ‘this is magic’.

When asked about her hopes and desires for her political life in the future, Pauline replied that she is just thinking about the here and now.

“I’m caught in a tidal wave, I’m living in the precious present moment.”