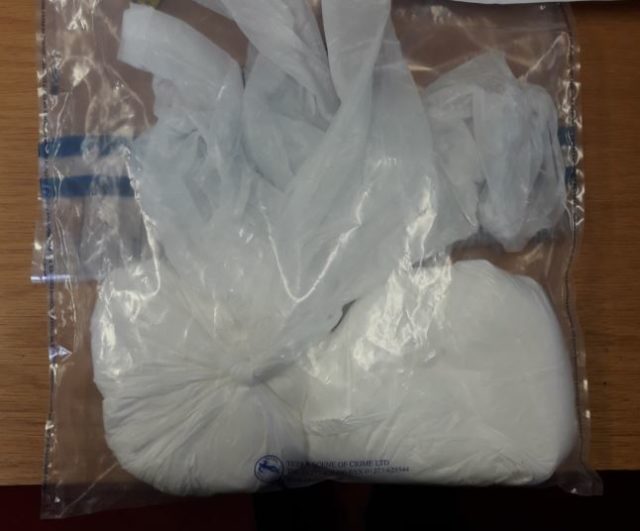 Gardai recovered a quantity of cocaine believed to be worth in the region of €50,000 near Abbeyleix last night, Thursday, August 16.

Two men were arrested at the scene and are currently being detained.

“As part of an on going operation targeting the sale and supply of drugs in the Tipperary Division a vehicle was stopped and searched near Abbeyleix, Laois, on 16th August 2018 at approximately 8:20pm,” said a statement from the Garda Press Office today.

“During this search a quantity of suspected cocaine (pending analysis) to the value of €50,000 was recovered.

“Two males in their 30s and 40s were arrested at the scene and are currently detained at Thurles Garda Station under the provisions of Section 2 Drug Trafficking Criminal Justice Act 1996 as ammended.”