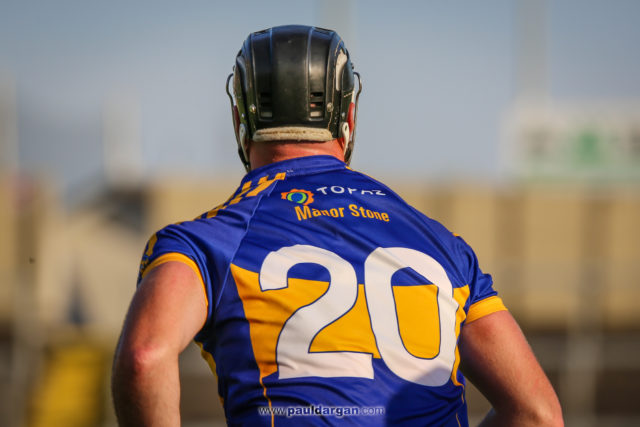 Brought to you in association with HFS Accountants

Cough-Ballacolla are through to the IHC semi finals after a big win over Clonad in Shanahoe this evening.

They had far too much for a Clonad side that never got going and fell to a disappointing season ending loss.

Clough Ballacolla’s win means there is no need for a draw to decide the semi-finals.

Clough-Ballacolla were in control of this one right from the start and scored six unanswered points in the first 11 minutes.

Damien Bergin, Diarmuid Conway, Aidan Doyle and Chris Rafter were all on the scoresheet as Clonad failed to get out of their own half.

Ray Cummins, Ciaran Farrell and Aidan Doyle all pointed to push them nine points ahead after 20 minutes.

But Clonad were then given a lifeline when James Farrell was fouled in the area and PJ Daly stepped up to smash the penalty to the net.

But it was merely a brief respite for Clonad as Clough-Ballacolla went straight down the other end where Ray Cummins shot low to beat Colin Delaney.

And Ballacolla almost had a second goal but Delaney pulled off a stunning save to deny Chris Rafter.

But any chance Clonad had evaporated before half time when Brian Murphy was shown a straight red card after striking Jim Doyle off the ball. Ballacolla led by 1-12 to 1-2 at the break.

Clonad started the second half better with a PJ Daly free but Clough-Ballacolla soon put the game to bed.

Damien Bergin, Jim Doyle and Diarmuid Conway all raised white flags before the latter, who was undoubtedly the best player on the pitch, blazed his way through to score a great goal.

PJ Daly kept the plugging away for Clonad and scored a great goal but it was all in vain.

Ballacolla kept scoring as Bergin, Conway and Finane all pointed to leave 16 in it by the finish.