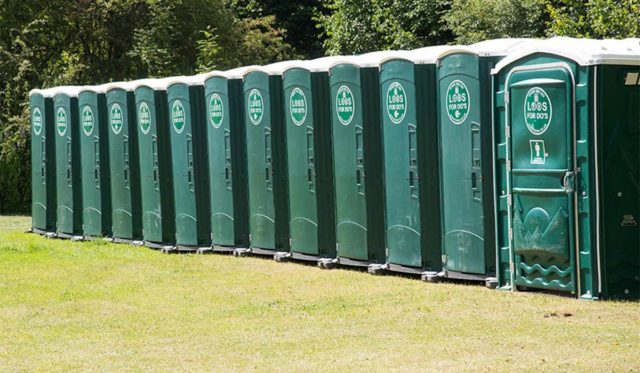 Around 125,000 people turned out in Phoenix Park on Sunday for the Papal Visit and the portaloos used on that day are currently en route to Stradbally.

The Irish Mirror is reporting thousands of portable toilets that were used during the Pope’s closing mass for the World Meeting of Families, will be shipped down to Laois for use at the Electric Picnic.

Less than an hour after crowds began to clear from the Phoenix Park event, works began to dismantle the stage and fixtures used to host the mass.

It is estimated that the visit cost upwards of €30 million to host, and included in these costs was the use of 2,500 portable toilets that were shipped in for use by thousands of pilgrims.

But it is reported that these toilets will have very different revelers sitting on them this weekend.

The news comes on the same day that the first Electric Picnic stage times were announced.

Who’s on what stage and what time is all revealed below as organisers have announced details of the Main Stage, Other Voices, Body and Soul and Rankin’s Wood.

Among the acts on the Main Stage on Friday are Ash, Walking on Cars and Kendrick Lamar.