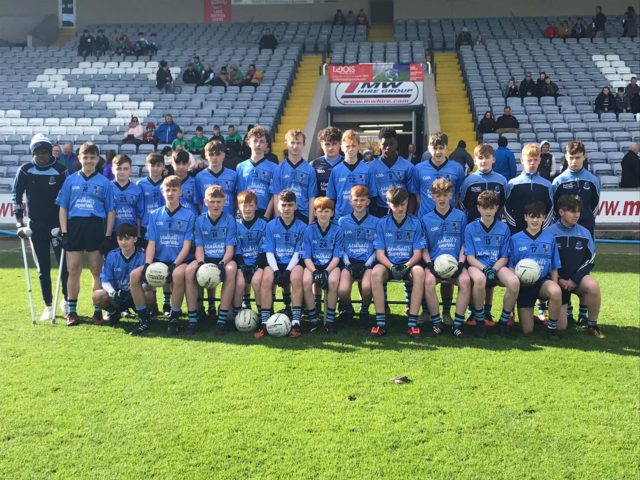 Ballyroan-Abbey’s midfield duo of Lawson Obular and Davin McEvoy kicked 1-8 of their teams total as they defeated Portlaoise in O’Moore Park this afternoon.

Obular scored a great goal while McEvoy was flawless on the frees in a very good win.

Portlaoise were playing against the breeze in the first half but they made the dream start. Lee Smyth broke down the line and centred the ball to Brian Smith who volleyed it into the bottom corner – an incredible finish.

Ballyroan-Abbey felt their way back into the game with two David McEvoy frees but Portlaoise almost had another goal after 13 minutes when Sam Birrane got in one-on-one with Finnian Cuddy but the keeper denied him brilliantly.

Lee Smyth kicked another point for Portlaoise but that would prove to be their last score of the half as Ballyroan-Abbey took over.

Davin McEvoy kicked five more frees as the dangerous Odhran Delaney tormented the Portlaoise and forced them to commit fouls.

Lawson Obular added another and Ballyroan-Abbey led by 0-9 to 1-1 at the break.

Arron Brennan extended Ballyroan’s lead with a free and then after 39 minutes they had the game’s second goal.

A wonderful period of handpassing involving Mickey O’Connor and Davin McEvoy saw the ball come to Lawson Obular and he finished low to the net.

Brian Smith cut the gap to eight with a free as we entered the closing 15 minutes.

Liam Kavanagh and Lee Smyth exchanged points before a Brian Smith free left seven in it with ten minutes to play.

Josh Hogan landed another as Portlaoise went in search of goals. They created two great chances – one for James Conroy who was denied by Cuddy and another for Ben Reddin who’s shot was cleared off the line by Matthew Gibney.

But that was it for Portlaoise as Ballyroan-Abbey saw it out. 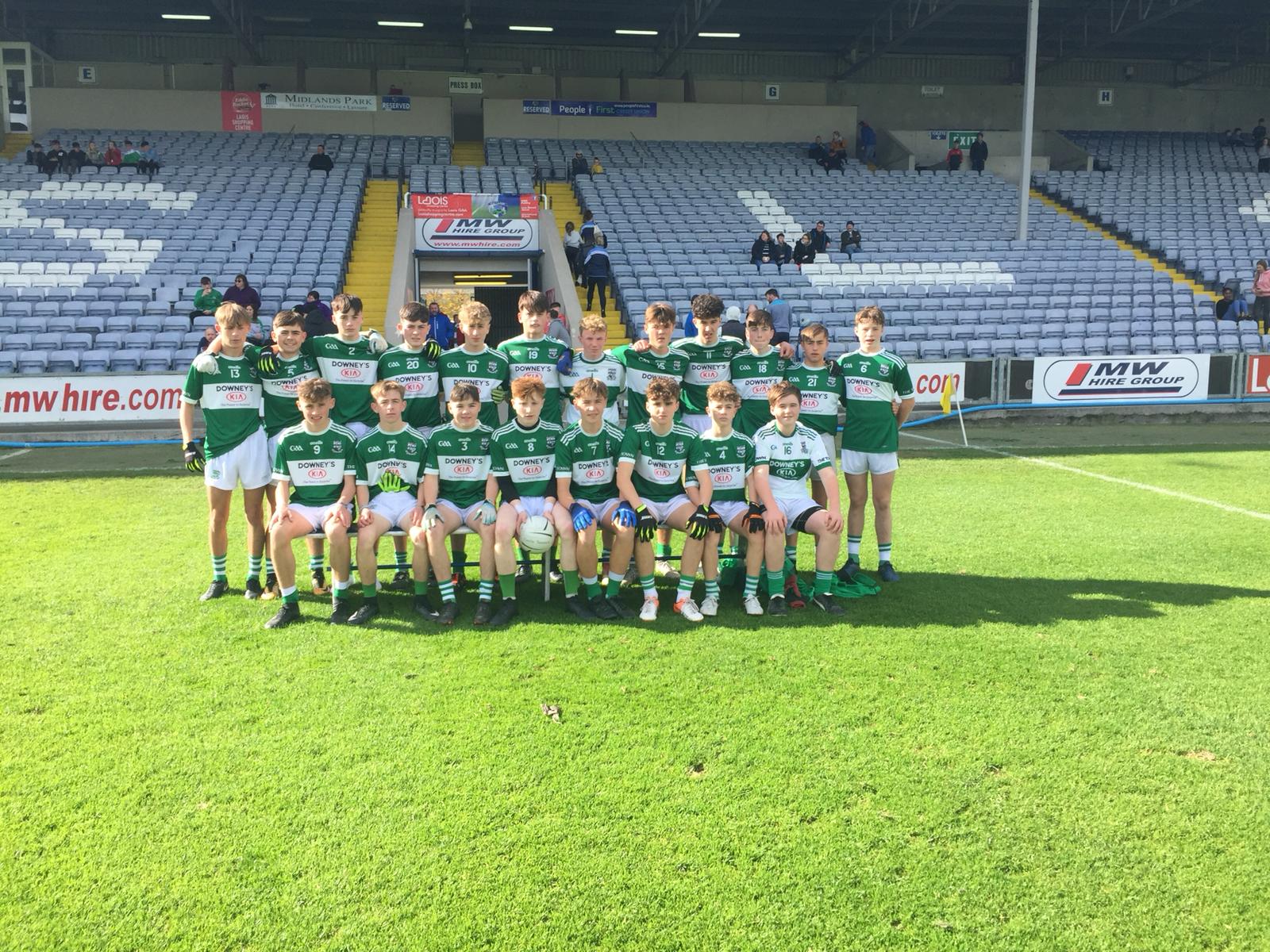