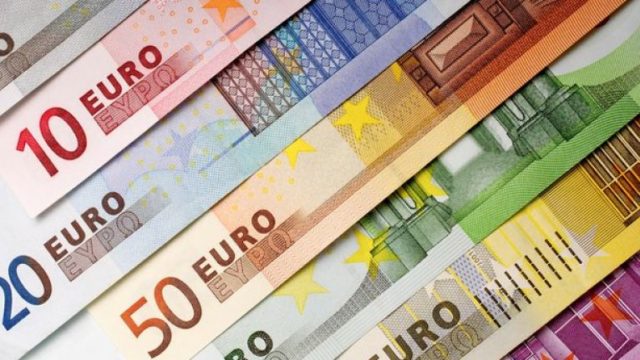 Minister for Finance Paschal Donohue has started to announce the Budget for the coming year.

This is the third and final budget under the confidence-and-supply agreement and contains new tax cuts and spending increases.

Laois people can expect an extra €5 a week, smokers are looking at paying 20 cent more for a packet of 20 cigarettes and €2.3bn to be allocated to the housing programme for next year.

All social welfare payments will increase by €5 from next year, with the Christmas bonus restored to a double payment for the first time since the crash.

PRSI for the self employed to be expanded, including jobseeker’s allowance.

Two weeks paid parental leave to every parent of a child under one year, with an aspiration to increase to seven weeks over a number of years.

Special 9 per cent VAT rate for the hospitality sector to be abolished, with the rate increasing to 13.5 per cent for all areas of the sector, apart from newspapers and sporting facilities.

Betting tax to increase from 1 per cent to 2 per cent.

Excise on cigarettes to increase by 50 cent but no increases in excise on alcohol.

No increase in carbon tax or excise on diesel.

The home carer tax credit is increasing by €300 and the earned income tax credit for the self employed is up by €200.

It is also expected that there will be supports for vulnerable people when Mr Donohoe announces a review of the local property tax later this year.

Additional 1,300 teaching posts next year to reduce the primary pupil teacher ratio to 26:1.

€1.7 billion invested in special education, with more than 1,000 new Special Needs Assistants being recruited before September 2018.

Additional 800 gardaí to be recruited during 2018. Another 500 civilians to be hired also.

Allocating €2.3bn to the housing programme for next year.

Delivery of 10,000 new social homes in 2019 through construction, acquisition and leasing.

A €60 million in capital spending specifically targeted at tackling homelessness.

An extra €121 million will be allocated for the housing assistance payment to provide an afor an additional 16,000 tenancies next year.

There will also be moves to allow local authorities build more social homes without going through lengthy approval processes.

The introduction of 100 per cent mortgage interest relief for landlords.

A grant scheme for people who want to convert their homes into smaller units, which could then be rented out, is also expected.

The overall health budget is set to be €17.2 billion, an increase by 6.6 per cent. Of that amount, there will be a 187 million for services for older people and disabilities.

The cost of going to the doctor and paying for medicine will be reduced in today’s budget.

Capital spend for health: €174 million has been provided bringing the total capital allocation to €670 million next year.

Up to 100,000 additional people may qualify for free GP care and the income threshold for doctor-only cards will rise by €25 per week.

The Government will also reduce then prescription charge for patients aged over 70 by 50 cent.

The amount which patients have to pay themselves before qualifying for subsidies under the Drug Payment Scheme will be reduced by €10 to €124.

An allocation for a €20million “integration” fund as part of the implementation of the Slaintecare healthcare reforms.

An additional €84m for mental health servcies in 2019, an increase of 9 per cent.

National Treatment Purchase fund will get an extra €20m, or 36 per cent increase on last year.

Disability services will get an extra €150m.

No increase in carbon tax.

1 per cent surcharge for diesel across all VRT bands.

Additional funding of €70 million for the Environment and Waste Management Programme.

New capital allowances scheme for gas-propelled vehicles and refuelling equipment to encourage the uptake of gas-propelled commercial vehicles as an  alternative to diesel.

Increasing the budget of An Garda Síochána by €60 million or 3.5 per cent allowing for recruitment of 800 extra gardai.

Capital allocation €220 million includes: construction of the Forensic Science Laboratory; investment in Garda ICT and the purchase of Garda vehicles; and works on Limerick prison.

Defence will get an extra €29 million will be provided for additional  projects including extra equipment and infrastructure in Army, Air Corps and Navy.

Overseas aid to increase by €110m

A human capital initiative worth €300m from 2020-2024 to increase investment in higher education courses.

Over €110m for Brexit measures across many government departments including  essential customs requirements.

Increasing funding for the PEACE programme.

The launch of a Future Growth Loan Scheme for SMEs and the agriculture and food sector.

The fund will be capitalised with €1.5 billion from the Ireland Strategic Investment Fund and supplemented with an annual contribution of €500 million from the Exchequer starting from 2019. Corporation tax will also be set aside for the fund.

Corporation tax of 12.5 per cent rate will not be changing.

Extral €53 million in capital next year for new Rural Regeneration and Development Fund.

Extend the three year tax relief for certain start-up companies until the end of 2021.

Of the 2018-2021 allocated in Budget 2018 for capital expenditure there will be €286m made available next year for new transport infrastructure.

Vat charged on hotels, B&Bs, restaurants and hairdressers will increase from 9pc to 13.5pc, bad news for businesses in Laois.

There is a 50 cent rise on the price of a standard pack of 20 cigarettes. The minimum price will also rise, meaning there will be higher increases on cheap.

As an extra revenue raiser – and environmental measure – the Minister has also slapped a 1 per cent levy on VRT for diesel cars, which will push up the price of new vehicles.

And the rise in VAT for the hospitality sector will be likely to knock on in increased prices for those eating out.