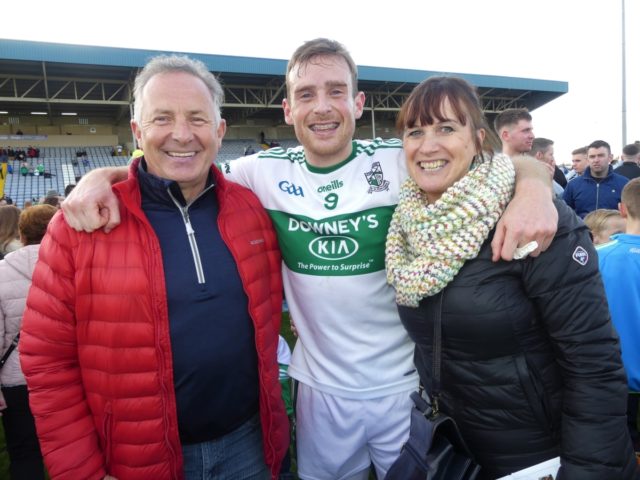 Portlaoise have won 11 of the last 12 Laois SFC but they have only won one Leinster club title in that time.

That was back in 2009 when midfielder Kieran Lillis was just a teenager.

He admits he has little memory of winning that and wants 2018 to be a victorious one again.

Lillis: “We start out every year and this is the goal but now we will reassess and hopefully we will give Leinster a good rattle.

“I’m delighted to be one of the champions and I’d like to be champion of the province if we can get a run at it.

“We have the players there, the attitude is right but you need to get a bit of the rub of the green on the day. But please god we push on now.

“2009 is a distant memory for me – I couldn’t tell you anything about it because I was only 19 and I didn’t appreciate it.”

Portlaoise will play the winners of the game between the Kildare champions and the Westmeath champions away in the Leinster quarter final on November 11.

While St Loman’s will be going for four Wetsmeath titles in a row when they clash with Mullingar Shamrocks in that final next weekend also.

Lillis concluded: “Every year, there is always a hope and always a dream and we just have to go chase that dream now and knuckle down.”