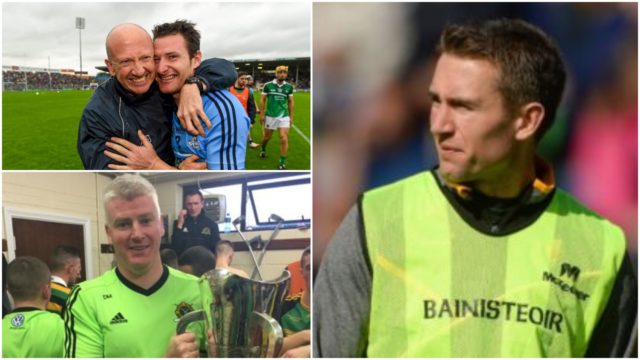 Two key appointments have been made for Eddie Brennan’s Laois hurling backroom team for the coming year.

Niall Corcoran of Dublin and Limerick’s Dave Moriarty bring in a wealth of experience to both of their roles in the Laois hurling setup.

Former Dublin hurler Corcoran originally hails from Ballinasloe in Galway and immersed himself in both county setups.

He also won the National Hurling League with Dublin in 2011.

Corcoran is extremely well-regarded within the Kilmacud Crokes setup, having played and coached there for a number of years.

Strength and Conditioning coach Dave Moriarty has been involved in countless teams over the years and seems to set squads alight wherever he goes.

He has been involved in the physical preparation of field-based squads for the past 20 years. Among these include hurling and Gaelic football teams in Limerick, Tipperary, Clare, and Cork, winning two county titles in Limerick and Cork.

He has also assisted both the Tipperary and Wexford senior hurling teams in the past.

Not leaving his skills just to hurling or football, Moriarty has also  served as a conditioning coach to his own rugby club, Young Munster RFC in Limerick.

Hurling Board chairman Tom Clear spoke about the impact the two men will bring to their perspective roles. “We’re very, very happy about the selection. Both men bring a lot to the table and have a lot to offer with their experience.

“It’s something the Laois hurlers and Laois hurling can look forward to,” he added.

Camross’s Fran Dowling and Portlaoise man Tommy Fitzgerald are also on board as selectors for the upcoming year.

SEE ALSO – Leinster semi-finalists talk commitment, how they stay motivated and why fixtures clashes can’t be allowed to go on