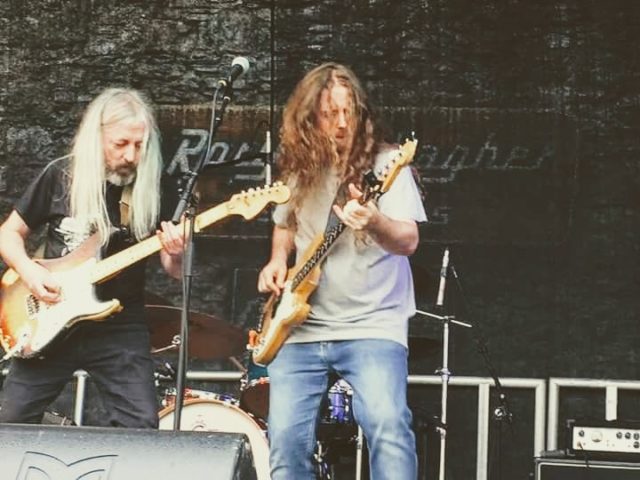 Manhattan Mixer in Portlaoise will host a homecoming of sorts this weekend as popular local musician Frank McNally returns to the venue this Saturday, November 17, with Gerry Quigley & The Durty Blues Band.

The gig is part of Manhattan Mixer’s ongoing Midnight Gig series which has seen them support a number of local groups.

A hero of the local music scene Frank McNally moved to Cork earlier this year. His performances with The Jury are legendary and his rendition of Simply the Best has gone down in folklore around the county.

He’s been a core part of many Laois bands over the years – like Voodoo, Powertrippin and, most recently, Breed Insanity.

His loss to Portlaoise was Cork’s gain, however, – and in particular the Gerry Quigley & The Durty Blues Band.

If you could combine the sound of Gary Moore, Rory Gallagher, Eric Bell and Paul Kossoff with the madness of Jimi Hendrix, you would have blues/rock guitar virtuoso Gerry Quigley and his band!

Original progressive celtic rock, rock & blues, with some of your favourite 70s rock classics! Prepare to be captivated – madness is also possible!

“I’ve never seen so many jaws hit the floor at once when Gerry started playing” – comment seen on facebook following Gerry and the band’s debut at Ballyshannon International Rory Gallagher festival 2016.