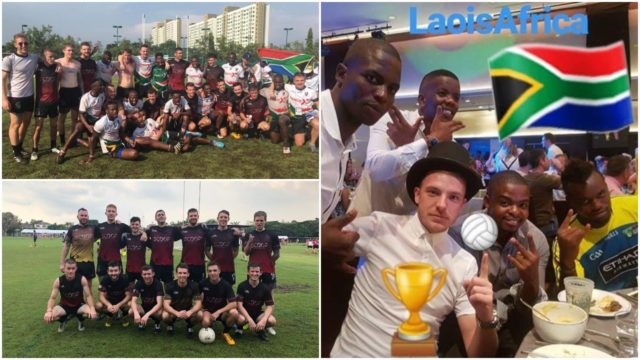 The Asian Games concluded yesterday and there was a very strong Laois connection in the Junior football final.

South Africa clashed with Cambodia in the decider and there were Laois men involved in the opposing teams on the day.

Laois senior footballer Ross Munnelly was in charge of the South African team while Killeshin brothers Jack and Ronan Phelan togged out for Cambodia.

Presented by the Asian County Board of the Gaelic Athletic Association (GAA) and Fexco, the 2018 Asian Gaelic Games took place in Bangkok, Thailand.

Featuring 65 teams from 20 clubs from across 18 countries in Asia, the Fexco Asian Gaelic Games saw more than 800 Irish, as well as non-Irish GAA players who have picked up the sport, come together to battle it out in over 200 fixtures.

The participating teams represent Senior, Intermediate and Junior divisions in both ladies and men’s football, hurling and camogie.

Throw in for the first game was at 8am on Saturday, November 17th and the competition culminated in the finals at 6pm on Sunday, 18th November at Patana School grounds in Bangkok.

We told you on Saturday how both South Africa and Cambodia had qualified from their respective groups.

They then got the better of Seoul Exiles in the quarter final by 1-5 to 1-4 before qualifying for the final thanks to a 1-3 to 0-4 win over Orang Eire B.

Meanwhile, in the same competition, Ross Munnelly’s South African scored 17-27 in four games against India, Thailand C, Seoul B and Orang Eire C in the group.

The Arles-Kilcruise native’s side then defeated Shenzhen 1-8 to 1-1 in the quarter final before setting up a final with Cambodia by triumphing narrowly over Thailand B in the semi final – 1-2 to 0-3.

So after four grueling games in the intense heat and thunderstorms, South Africa and Cambodia met in the final.

Bit it is Ross Munnelly who is celebrating tonight as his team won by 2-3 to 0-0 in the final to take the trophy back to Africa.

We have no doubt though that the trio all thoroughly enjoyed the experience – as these pictures show. 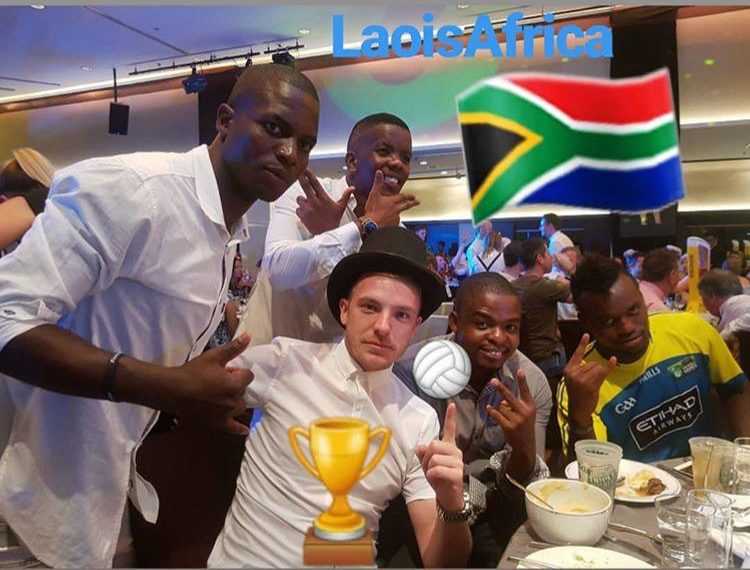 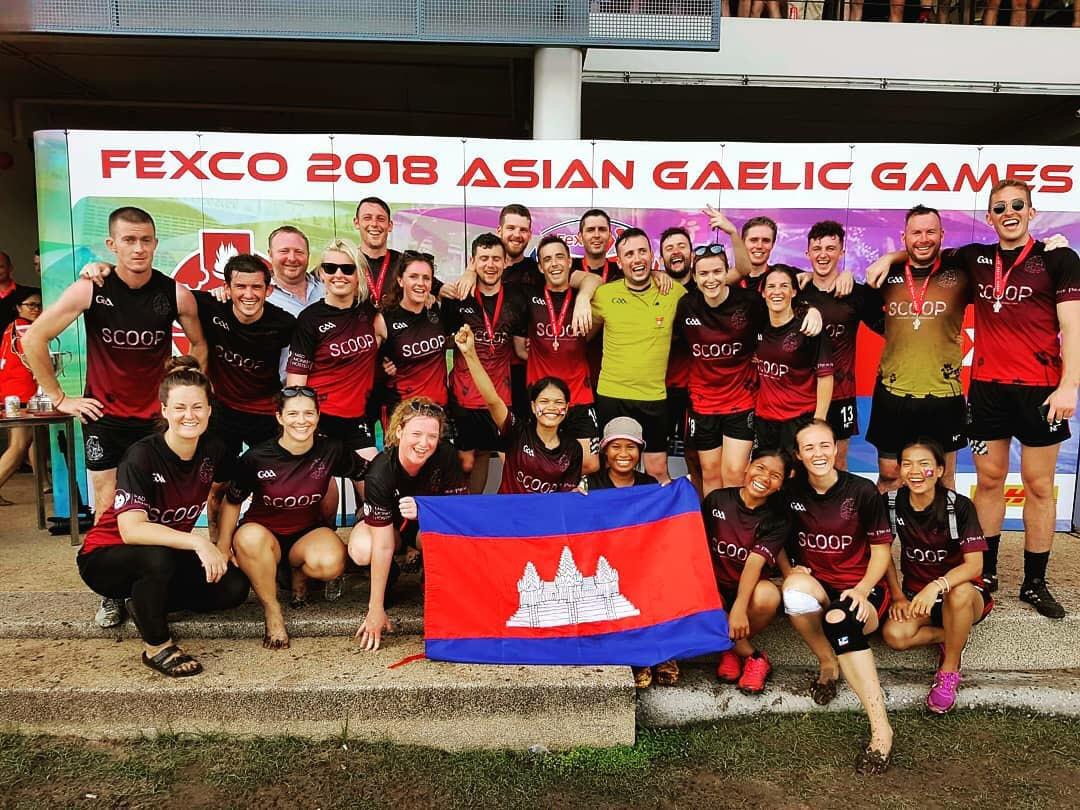 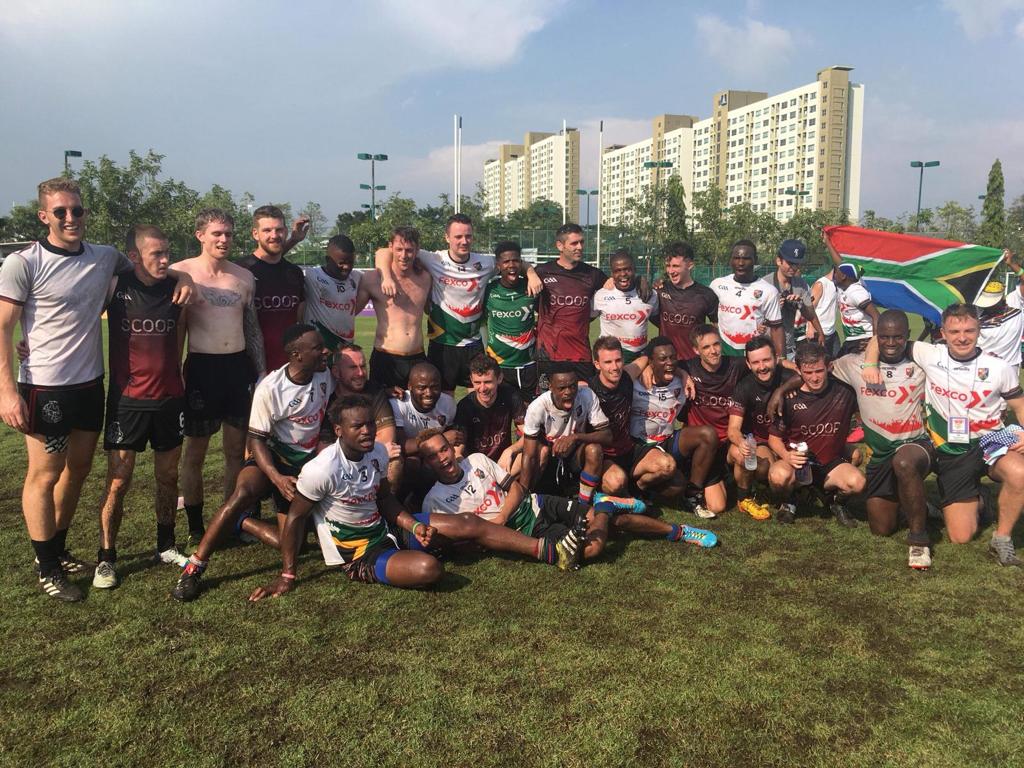 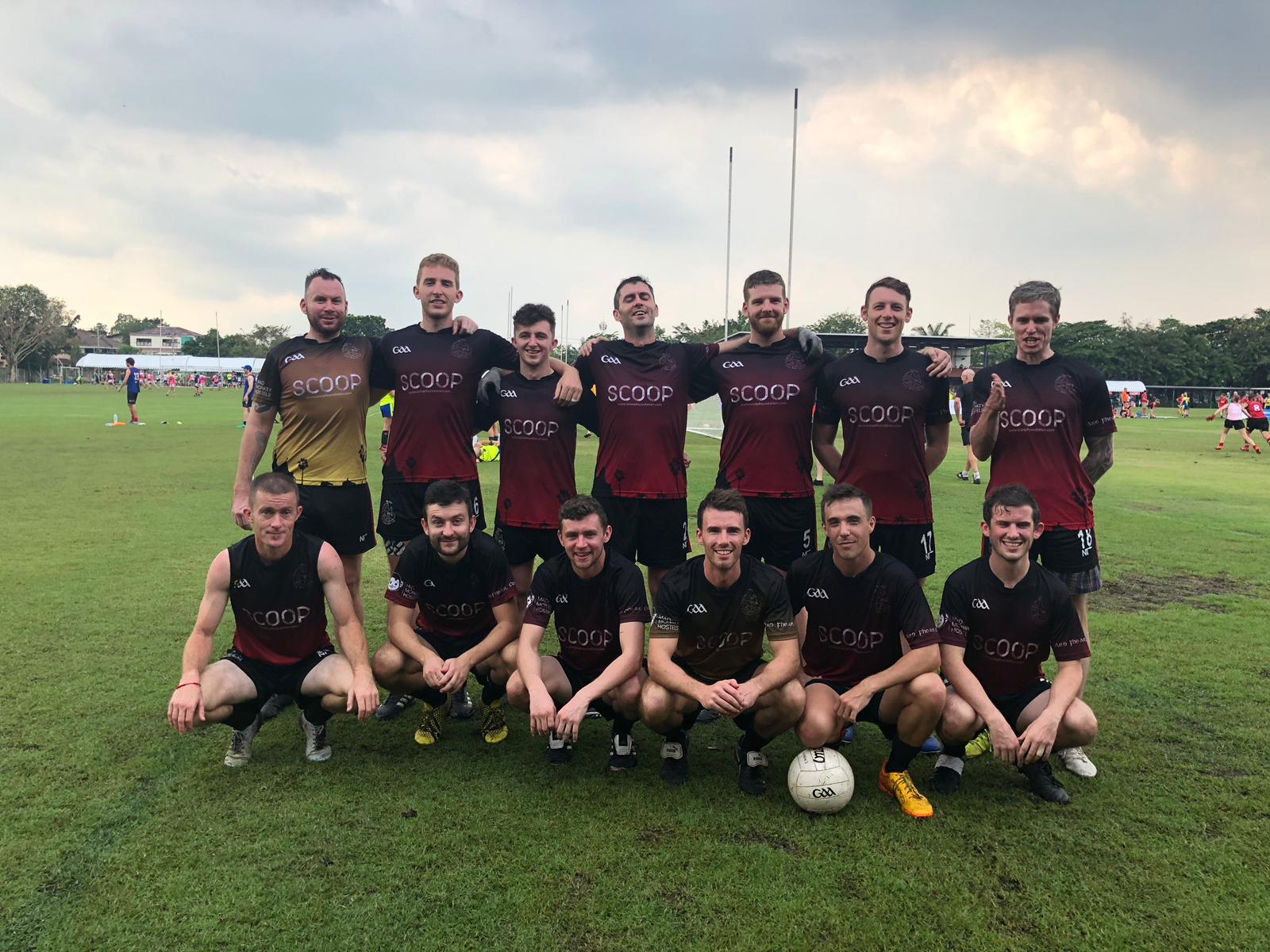