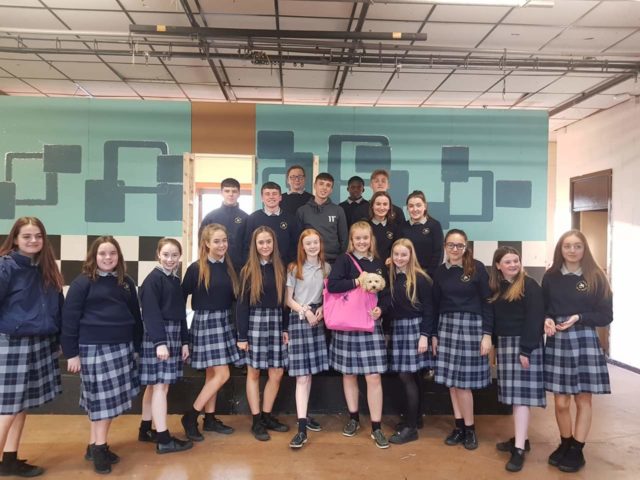 Colaiste Iosagain, Portarlington is pleased to announce their next musical production.

Legally Blonde – The Musical, is about a blonde haired girl, Elle Woods, who pursues a law degree to follow her true love Warner
It is a very funny musical with fantastic songs along the way to help tell the story and create this hilarious show.

A fabulously fun award-winning musical based on the movie, Legally Blonde The Musical, follows the transformation of Elle Woods as she tackles stereotypes and scandal in pursuit of her dreams.

Elle Woods is played by Sarah Dunne, whose life is turned upside down when her boyfriend Warner dumps her so he can attend Harvard Law. Determined to get him back, Elle ingeniously charms her way into the prestigious law school

While there, she struggles with peers, professors and her ex.

With the support of some new friends, though, Elle quickly realizes her potential and sets out to prove herself to the world.

With over 150 students involved in the show and directed by Mr. Conor Mitchell, Ms. Emily Seery and Ms. Laura Cahill this promises to be a raging success.

Tickets on sale from the school reception at 10 euro each.