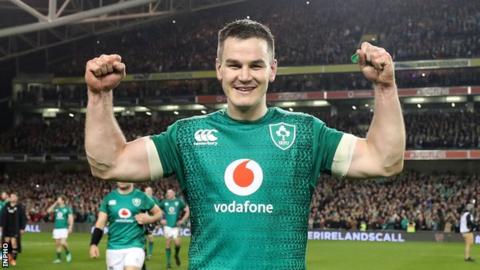 Johnny Sexton’s iconic drop goal boots have sold in Laois for €25,000 to help a young schoolgirl get treatment for a serious illness.

The World Player of Year donated the boots he wore from when he kicked the famous drop kick winner in France last year.

Eight year old Anna Browne, who suffers with with diplegia cerebral palsy, and underwent an intensive operation in the USA.

The Cork girl’s condition has left her wearing support splints for 10 hours each day and night-time casts.

She uses crutches and takes a wheelchair for long distance journeys.

Anna’s mum, Evelyn, told the Herald that the campaign raised €25,000 after a mystery doner offered €10,000 but did not take the boots in the end.