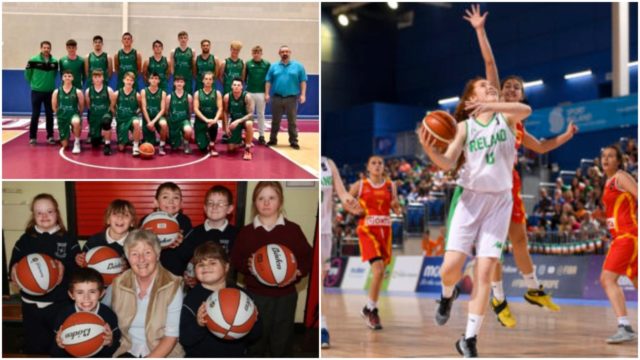 Calls have been made for a new community sports hall in Portlaoise in a Sport, Recreation and Play Strategy plan.

In it, there was feedback from a consultation process carried out on sport in the county.

One of the issues raised was the, ‘building of a community sports hall in Portlaoise catering for a wide range of indoor activities.’

This consultation process also mentioned that a basketball centre of excellence should be established in the county.

One of the groups who feel that a sports centre is badly needed in the Portlaoise Panthers basketball club.

Councillors Caroline Dwane Stanley, Catherine Fitzgerald and John Joe Fennelly mentioned that the Panthers setup in particular needed a sports base of their own.

Speaking to LaoisToday, Portlaoise Panthers have said that they have reached their capacity in their current setup in St Mary’s Hall.

For the Panthers, a new space is much sought after – given the 1,750 hours of training and competitive games they organise for their teams during the winter months.

“We hope that sports and leisure facilities are given the priority that is warranted in this plan. Investment in sport, particularly a year-round all-weather sport makes sense on so many levels.

“At Portlaoise Panthers, we have reached capacity in terms of the basketball court that we rent in St Marys. We have more players and more teams than the hours that are available.

“Portlaoise Panthers have 27 teams including Senior, Juvenile teams age 10 to 18 and Academy players aged from four up to seven years old.

“We have active and expanding membership of 400 players, coaches and management and a very large network of parents and supporters.

We successfully deliver 1,750 hours of training and competitive games for our teams during the winter months. In partnership with local bodies we facilitate basketball activities for over 1000 school kids from 19 local schools.

“We host over 300 games in St Mary’s Hall every year and play another 300 away games every season bringing lots of visitors into our town and county.”

Portlaoise Panthers also said that they have had to turn people away because they have reached maximum capacity.

“We have players aged from five to over 50, from juvenile level to Irish International level and many more potential players that we now cannot cater for.

“We hire court time from St Mary’s Hall which is shared with several other sports and activities. We have to hire other halls because we cannot obtain enough hours in St Mary’s and we have reached the limit in capacity.

“We are constantly receiving enquiries from parents and children wanting to join and will be reluctantly forced to turn these away.

While praising the facilities in St Mary’s Hall, vice-chairman Mark Bartley said that as the share other local groups, they feel that they need their own place to hold enough training and matches.

In terms of what they would like to see happen, Portlaoise Panthers are hoping for a setup fit for international standards.

“We need a two court basketball facility with a high performance area that is fully wheelchair accessible and conforming to international standards to host national and international competitions bringing in visitors to our home county.”

SEE ALSO – Councillors clash in arguments for and against election posters