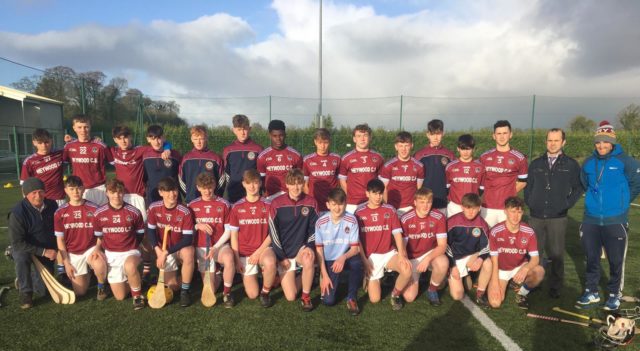 A freetaker with a range like TJ Reid’s, a controversial goal decision and going down to 14 men for much of the second half were just some of the factors contributing to the Heywood men’s heroic battle just coming short today.

Lawson Obular and Brian Duggan were immense for Ger Glynn and Michael Lacey’s side, but Shane Williams had serious range on frees – scoring 1-12 of Colaiste Mhuire’s 1-15 to bring the North Leinster junior ‘B’ title to Westmeath.

Colaiste Mhuire were first out of the stalls – with David Aughey, Williams and Seán Leech putting the first four points on the board.

Calamity struck Heywood as Abbeyleix man Shaun Fitzpatrick needed to be taken off through injury at the seven minute mark.

But the south Laois school composed themselves – as Brian Duggan struck his first over the black spot to get Heywood on the scoreboard.

Williams continued to cause more upsets – striking three frees over in the space of five minutes.

David Sheeran cleared his lines twice before Cathal Murphy brilliantly spotted out Duggan and passed the ball off to the Ballinakill man – who ripped the sliotar into the bottom right corner of the Colaiste Mhuire net for a goal.

Captain Fionan Mahony did well under the high balls, as sent his free into corner forward Duggan who tapped it over.

Each member of the full-forward line – Cian Doheny, Cathal Murphy and Duggan scored within the following five minutes, with Abbeyleix’s Sam Quinn making it 1-6 to 0-7 for Ger Glynn’s side.

However Williams continued to cause havoc – adding three points before Doheny neatly slotted a Heywood free to leave the sides level – 1-7 to 0-10 – at half-time.

The next Heywood goal came from corner-back Ryan Quinlan clearing the goal line and sending the sliotar up the field, where it eventually came to danger man Duggan for his second goal.

However disaster struck the Heywood side as Cathal Murphy was sent to the line on a second yellow after 39 minutes.

Doheny continued to slot over the frees and Obular made more trademark runs which cut the attack apart for Mullingar.

Controversy arose as a shot at goals from Duggan was deemed to be a wide and not a goal and Williams cut the deficit on the resumption of play with an unstoppable goal in the Heywood net.

Heywood goalkeeper Sheeran did just enough to stop Oisin Murray securing a second goal for Colaiste Mhuire but Williams leveled matters before grabbing a 33rd minute winner to see the ‘B’ title go to his school team. 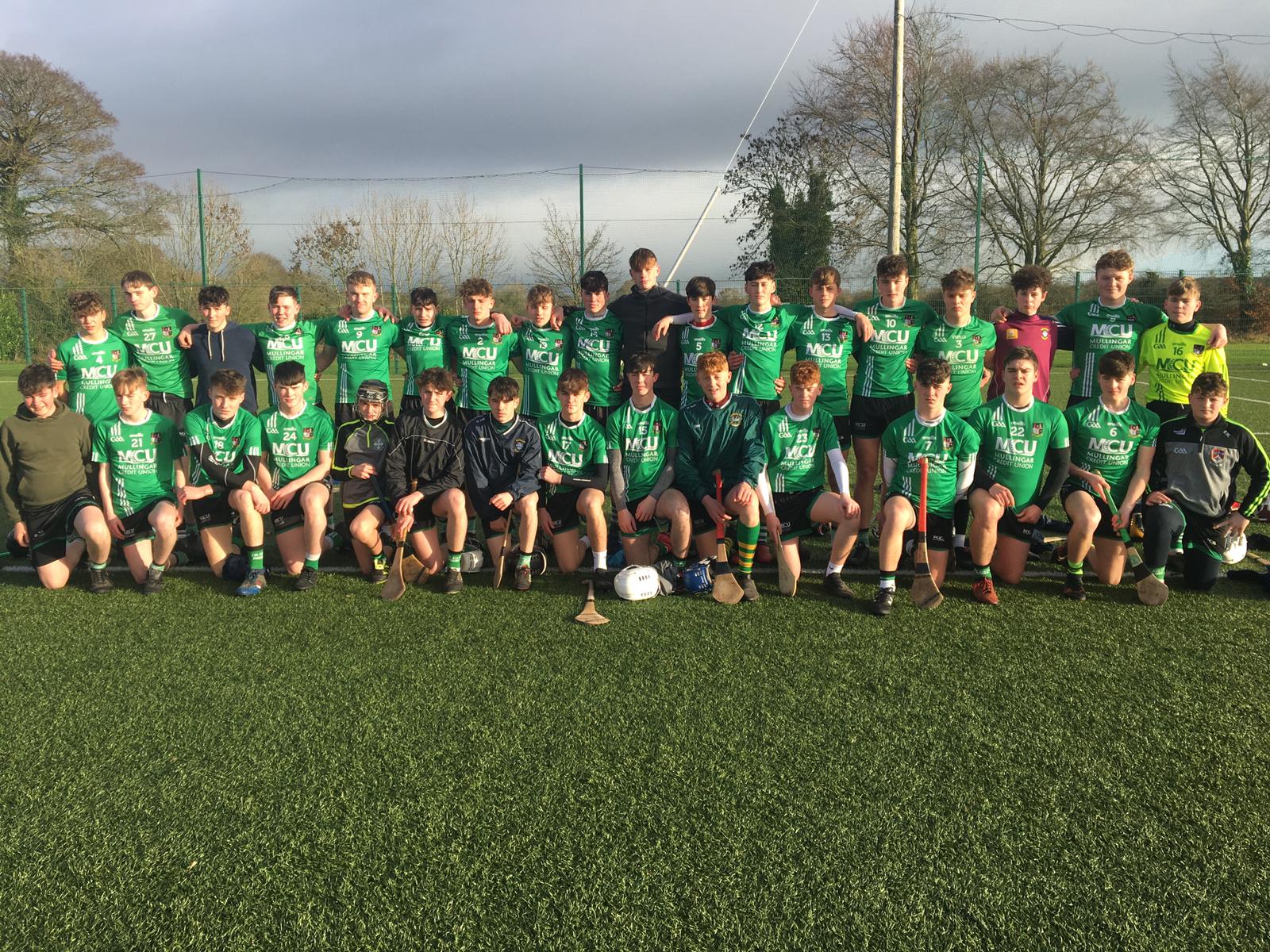