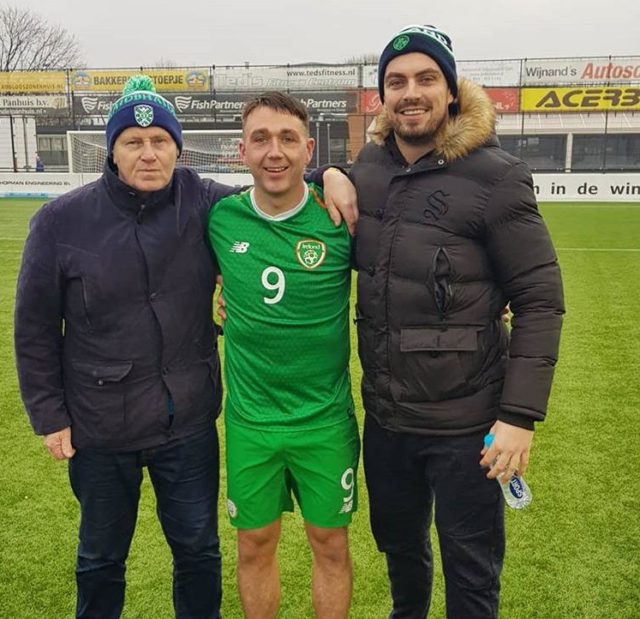 After the Republic of Ireland made a winning start to the World Military Games Qualifiers in Holland – a draw against France was enough to see them through to the Military World Cup in China next year.

One man in the heart of the action – and celebrating – was Stradbally’s Jody Dillon.

His side scored a 4-0 win over Lithuania as the Stradbally native started up front for his team.

France also defeated Lithuania by the same scoreline on Monday so today was a case of winner-takes-all.

As ROI and France ended today level on points and goals – the fair play rule came in.

A France player received a red card in today’s game leaving the Republic of Ireland side topping the group.

The Irish Defence Forces played warm-up games against local opposition winning seven of their nine matches and drawing the other two before heading to Holland – with Dillon showing good form, scoring in several of them.

Dillon, who previously played for Portlaoise AFC, is now back playing for his native club Stradbally Town in the CCFL.

The striker is joined on the team by a host of players who have League of Ireland experience.

The lads celebrated with a rendition of George Ezra’s Shotgun which you can check out below:

SEE ALSO – As Christmas approaches, here’s 20 of the best places to propose in Laois