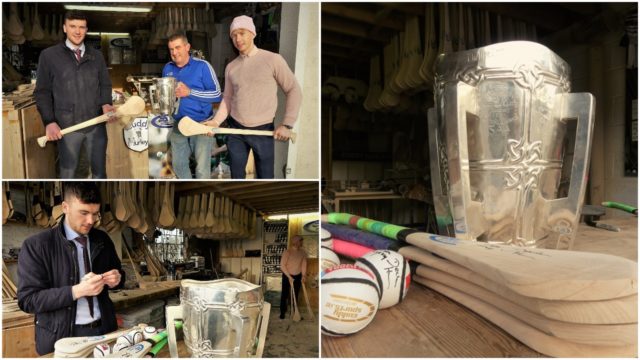 The talented midfielder Lynch, a nephew of former Limerick great Ciaran Carey, and robust centre-back Hannon source their ash from Cuddy Sports in Meelick, Portlaoise, and paid a visit to Martin while in Laois this week.

Declan’s been getting his hurls off Martin for the past year.

However Cian only starting sourcing his hurls from the Portlaoise base in September.

“Ah Declan’s been coming to us for the past year. He gets four or five hurls off us each time, and he’s been up here three times in the past year,” said owner of Cuddy hurls, Martin Cuddy.

“They’re absolute gentleman,” said Martin. “They really are two of the soundest men you could ever talk to. They’d help you out whatever way they could, you know.”

Indeed Martin and Declan get on so well together that the All-Ireland winning captain visited the Cuddy Sports stand for three days during this year’s Ploughing Championships.

While the Limerick hurlers visited Martin, they got in pictures with Martin’s sons and signed hurls for the keen hurling men.

The Cuddy family are steeped in hurling tradition. Originally from Shanahoe, Martin runs the business from his home in Meelick on the outskirts of Portlaoise. His son Shane was part of the Portlaoise team that won this year’s Laois SHC ‘A’ title and went all the way to the Leinster club intermediate decider.

The two lads were in Laois with the Liam MacCarthy Cup on Wednesday when they also visited Timahoe NS. 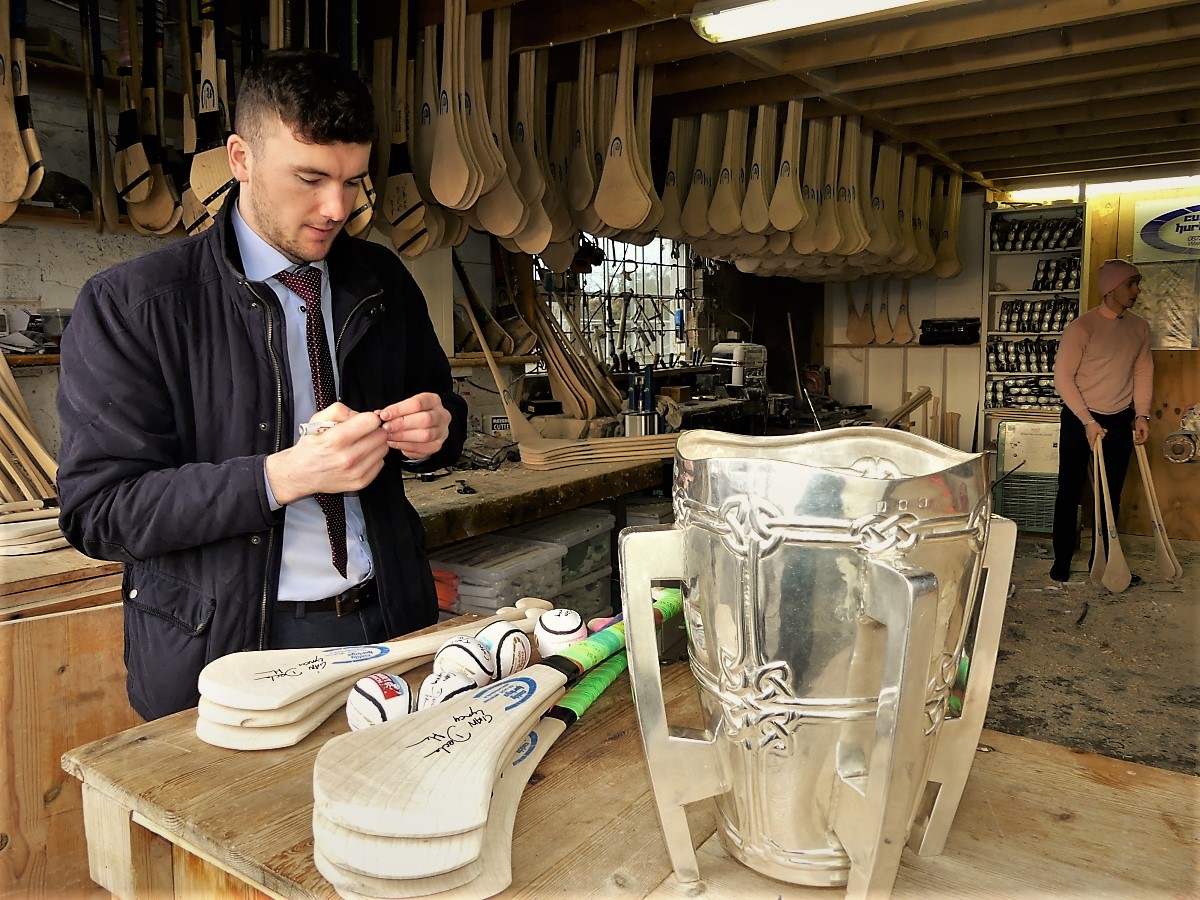 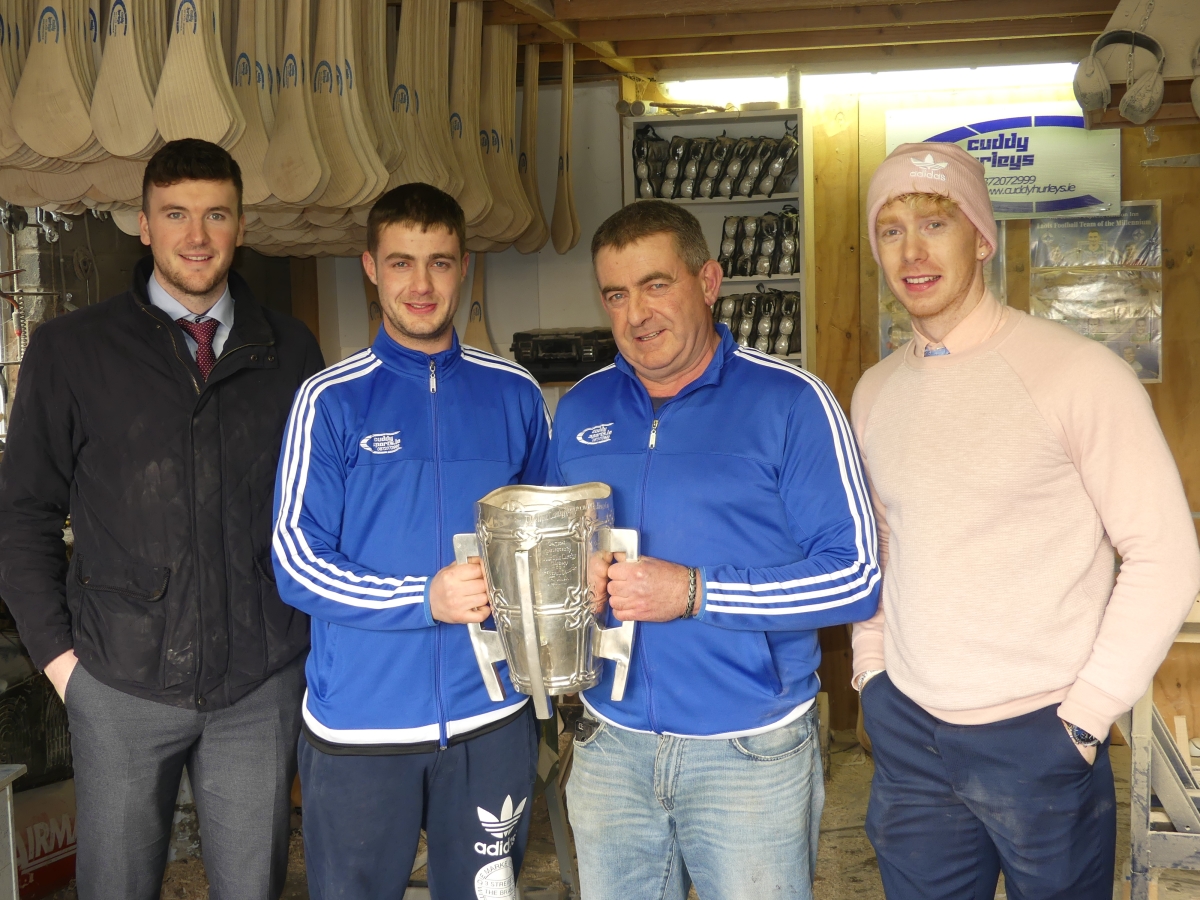 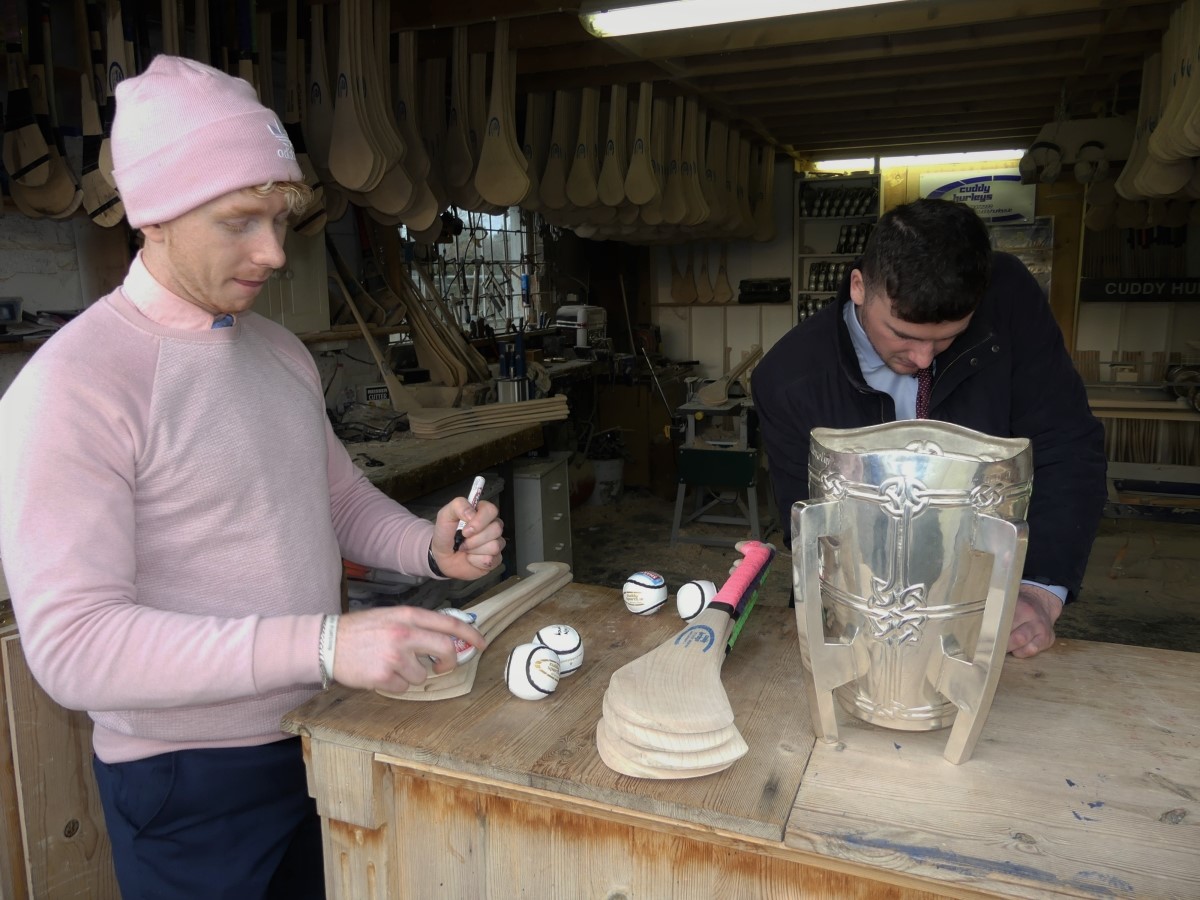 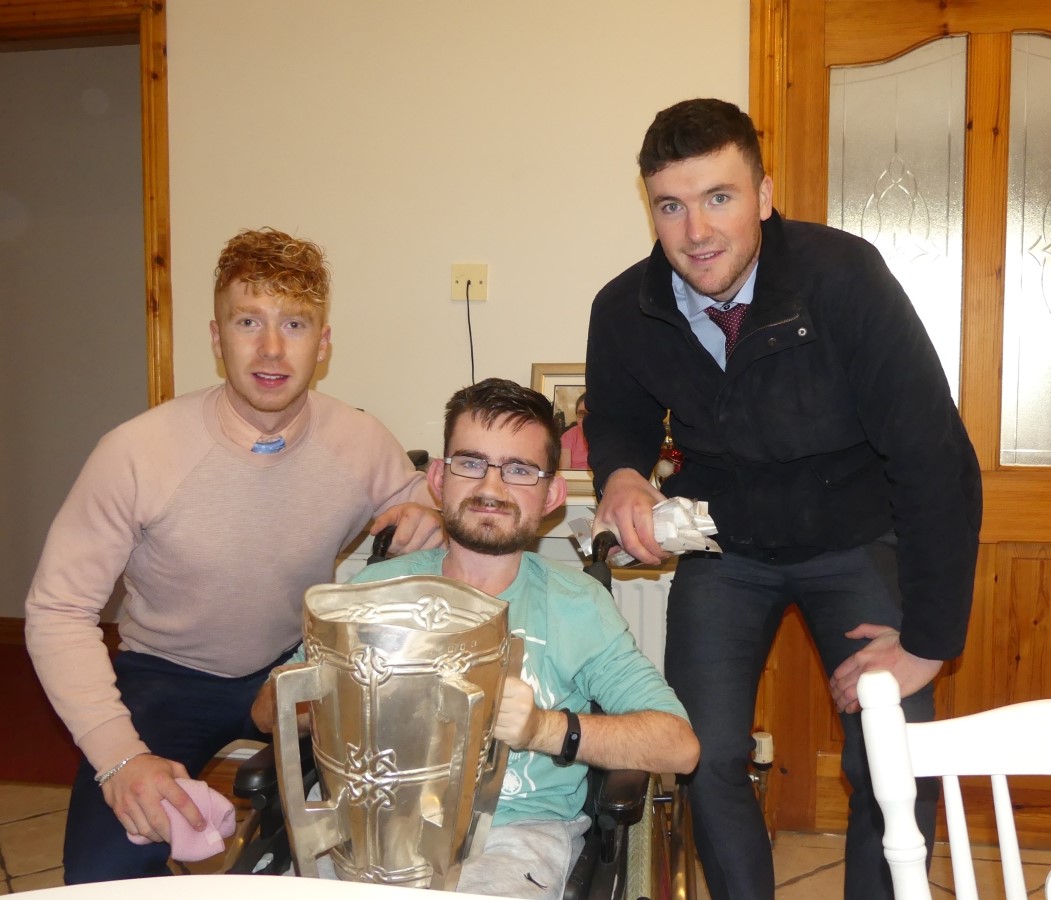 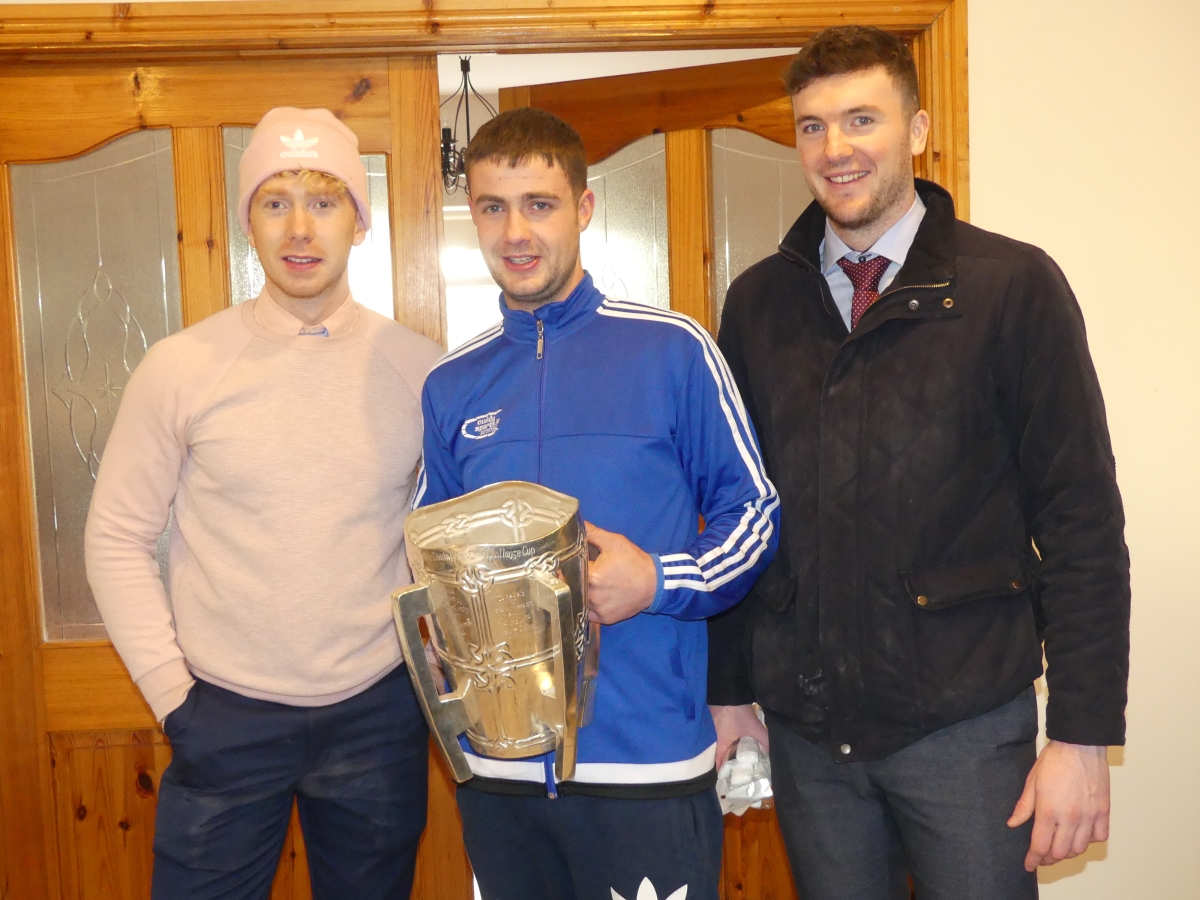 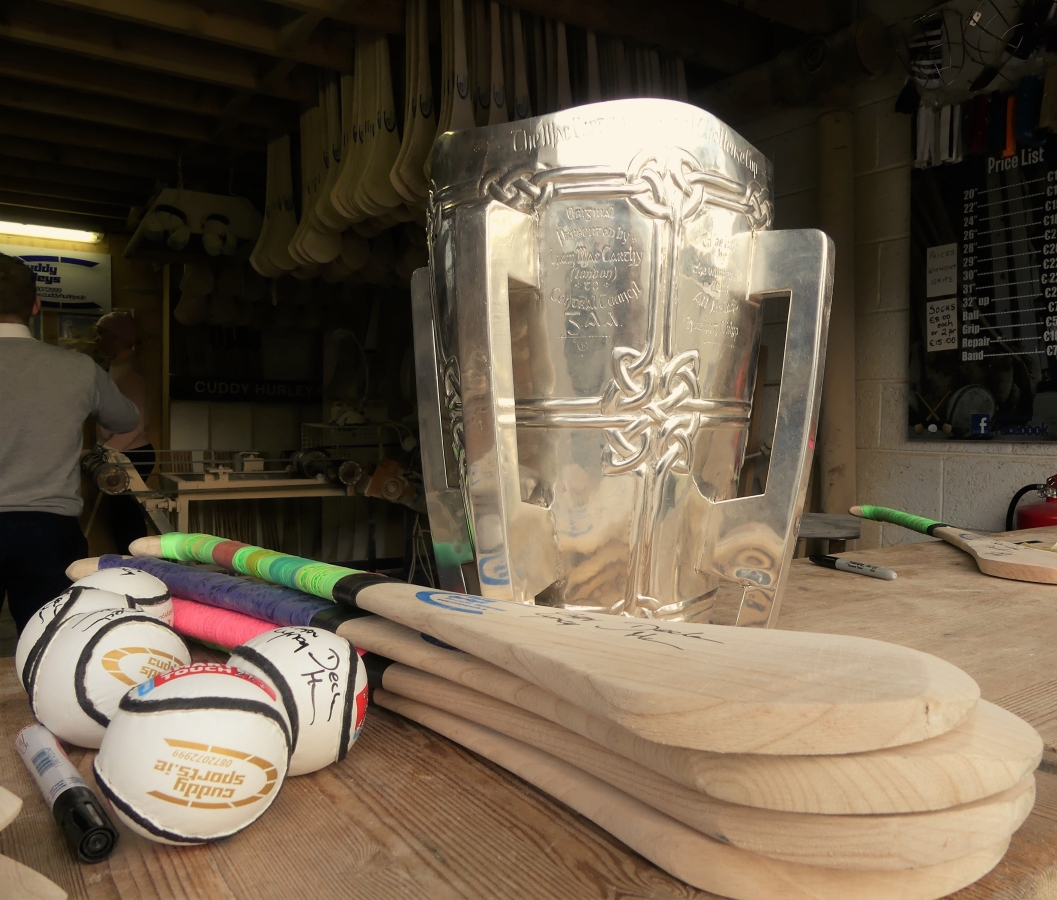