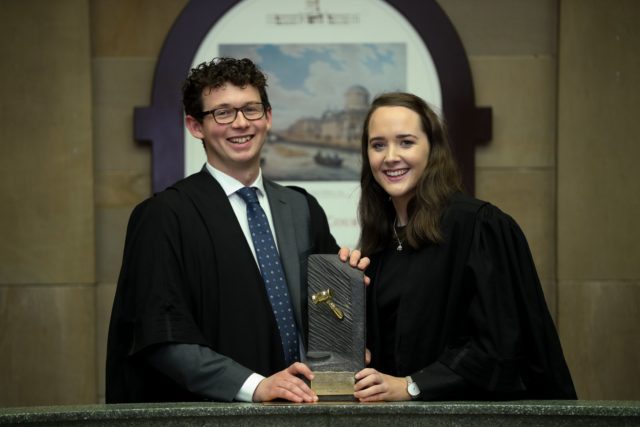 The event is organized annually by Gael Linn in memory of the late former President Chief Justice of Ireland Cearbhall Ó Dálaigh.

The competition gives third-level students and opportunity to display their advocacy skills in an authentic courtroom setting.

Those taking part either defend or prosecute in an appeal against a court judgement.

Logical and well-constructed presentation, correct use of statues cases and precedents, ability to answer judges’ questions and the ability to deal with the opposing arguments were some of the criteria that had to be met by both teams.

Áine and Feidhlim received a cheque for €600 along with the Gael Linn perpetual trophy.