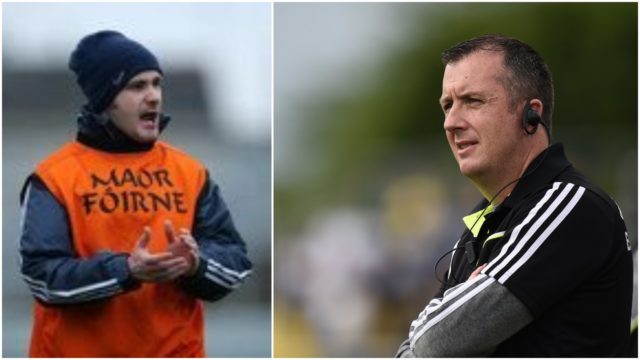 Both The Heath and Ballylinan footballers will have new men at the helm for the 2019 season.

Barry McNamee has departed The Heath after one season in charge and he will be replaced by Gordon McDonnell.

The Westmeath native will be joined by three Heath men in his backroom team. McDonnell was part of the The Heath backroom team under McNamee last season.

Club legend Denis Lalor will be one of the selectors alongside Mick Lenihan and John Kelly.

Lenihan will also manage the juniors next year too. The Heath suffered a disappointing 2018 campaign when they ended up in a relegation play-off following defeats to St Joseph’s and Ballyroan-Abbey.

Meanwhile, following the departure of Paul Julian, Ballylinan have gone for a very high profile manager.

The 2017 defeated Laois senior football finalists will be managed by Kildare native Niall Carew who boasts an impressive CV.

Carew, who was a selector during Kieran McGeeney’s reign in Kildare, previously managed the Waterford senior footballers from 2012 to 2014 and more recently Sligo.

Ballylinan reached their first final in 30 years and won Division 1B of the league in 2017 but were relegated in the league in 2018 and exited the championship in Round 3 following a replay defeat to eventual finalists O’Dempsey’s.