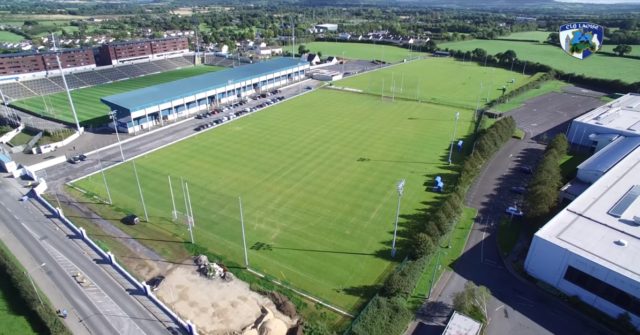 We’re live for the last hurling final of the year in the LOETB Laois GAA Centre of Excellence when Camross and The Harps do battle in this U-21 decider.

As they are at senior, Camross are the market leaders in this grade and have 16 titles to their name, although they haven’t won one since 2010. That success then was their fourth in a row and fifth in six seasons and helped lay the foundations for their senior team who have now with three championships in six years.

The Harps have two titles, the most recent of which came in 2006 when they were joined with Ballinakill.

While the clubs would probably rather not have this game just three days before Christmas, a county final appearance isn’t anything new to either of them this year.

Camross have already played in Senior, Intermediate, Junior ‘B’ and U-19 while The Harps have been in Senior ‘A’, U-19 and U-17.

Yet from all those final outings, they both only have one title to show – Camross at senior and The Harps at U-19.

The Harps actually beat Camross in that U-19 final a couple of weeks ago, an epic game that required extra time before The Harps finally prevailed. And both clubs can call on 10+ players that featured in the U-19 final so they’ll be very familiar with each other.

Camross have a number of senior players to call in including Mark Dowling, Andrew Mortimer, Eoin Gaughan, Oisin Bennett and Liam Delaney all featured in 2018 while The Harps have the Comerford twins, Daniel and Ciaran, Podge Delaney and David Doheny who played in the Senior ‘A’ final.

You can follow all of the action as it happens here.