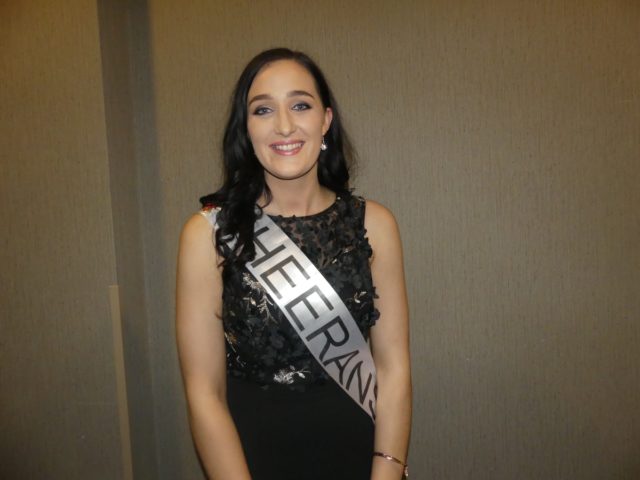 Grainne Hogan was named the 15th Laois Rose of Tralee in May.

She made it to the televised stage of the competition, the first time for Laois to enter the Dome since 2014.

The Laois Rose for 2018 is Grainne Hogan.

Grainne, who was hailed, “The most glamorous farmer in the country,” from MC Ollie Turner, was sponsored by Sheeran’s Pub, Coolrain, who have a history of producing successful Rose applicants over the years.

Former Sheeran’s Roses include winners Ailbhe Culleton in 2014 and Kate Hyland in 2016.

Grainne works with Noel and Breda Dooley in Ballacolla and was inspired to enter the Laois Rose by her three-year-old nephew Frankie who has Spina Bifida.

The former Mountrath CS student also had a mighty crowd from Camross Macra here supporting her, and her first primary school teacher Fiona Dooley was on sign duty for the night.

Grainne entertained the crowd by getting Ollie to milk a mock up British Friesian cow, which ensued in plenty of laughs around the conference hall.

Well there won’t be a cow milked tonight in Camross!!!