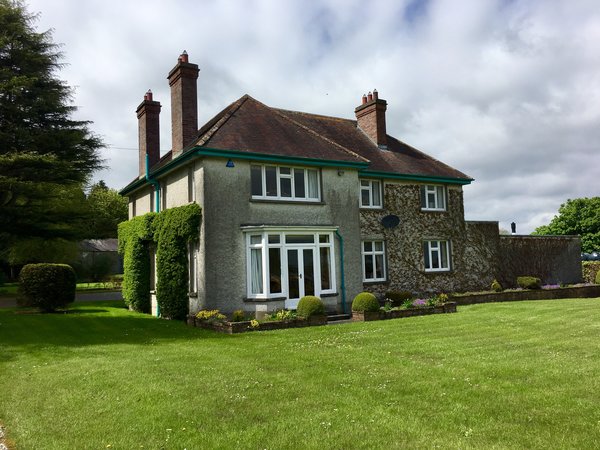 However it was revealed that the record actually lay with a second Laois house, which sold for €590,000 in Castletown.

A five-bed detached house in Portarlington sold for €580,000 at public auction on Thursday afternoon, exceeding its asking price by more than €200,000.

Spire Hill, set on 5.76 acres of mature gardens, at Corrig, Portarlington sold within ten minutes of the commencement of proceedings, with a number of active bidders at the Keadeen Hotel, Newbridge.

The successful bidder is believed to be from the are but living overseas at the moment.

It was brought to the market by Jordan Auctioneers who had sought offers in excess of €350,000.

It is the most expensive house sold so far this year in Laois, exceeding the next closest by €120,000.

The previous highest price achieved was €460,000 for a detached split-level stone bungalow – Corrig in Stradbally which achieved that price last March.

It is the single most expensive residential property sold in Laois since a home in Cappakeel in Emo sold for €590,000 in January of last year.

Located on the edge of Portarlington, close to the local train station, Spire Hill was originally built in 1955 and has a gross internal floor area of approx. 205 square metres (2,206 square feet).

The residence sits on an elevated setting giving excellent views eastwards towards Killenard and the Wicklow Mountains.

The house, although in need of some modernisation was described by the auctioneers as having been very well maintained throughout with several large reception rooms and a total of 5 bedrooms.

Outside there are two car ports, garage and a range of stores in addition to a limestone Coach House which would be ideal for conversion into a studio, granny flat, workshop or office, according to Jordan Auctioneers.