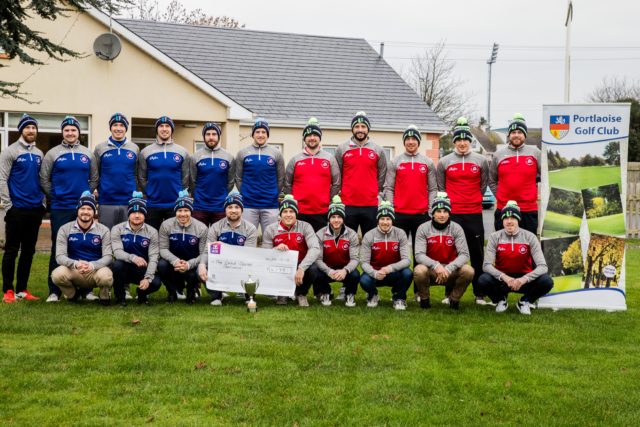 An amazing €4,100 was raised for the Cuisle Centre in this year’s Town Cup, which saw South Portlaoise go up against North Portlaoise in the golfing competition.

In a similar format to the Ryder Cup, the event is held every two years.

This year’s competition raised €800 more for the cancer support organisation in Portlaoise, compared to the €3,318 raised at the first event in 2016.

James Furlong and Jack Fennell organised the event to support the great work that the Cuisle Centre does.

“The charity event was first organised on behalf of one of our friend’s parents who sadly passed away but got great help from The Cuisle Centre in Portlaoise, as did the rest of the family.

“We have seen the benefits that it can have on people. Everyone who played in the event unfortunately knows someone linked to cancer so we couldn’t think of a better charity to help,” said James.

Both James and Jack gathered 20 players for the competition, received designed tops which were sponsored by Lilly’s Bar and DS Sports, and organised playing in Portlaoise Golf Club – which was kindly sponsored for free.

Unfortunately for the organisers, the South Side (blue) beat their North Side (Red) team easily on 7.5-2.5.

“The teams where split based on where each person lives, we basically drew a line through the town and the teams were picked like that,” said James.

Local businesses sponsored each hole on the course and there were prizes for nearest to the pin and longest drive.

“We would like to keep running the event every two years and it’s from the support of local businesses it’s made possible.

“We gave each man that played their own sponsorship card and they had to raise at least €100 to play in the event which gave us a great base to start from,” said James.

Well done to all involved. 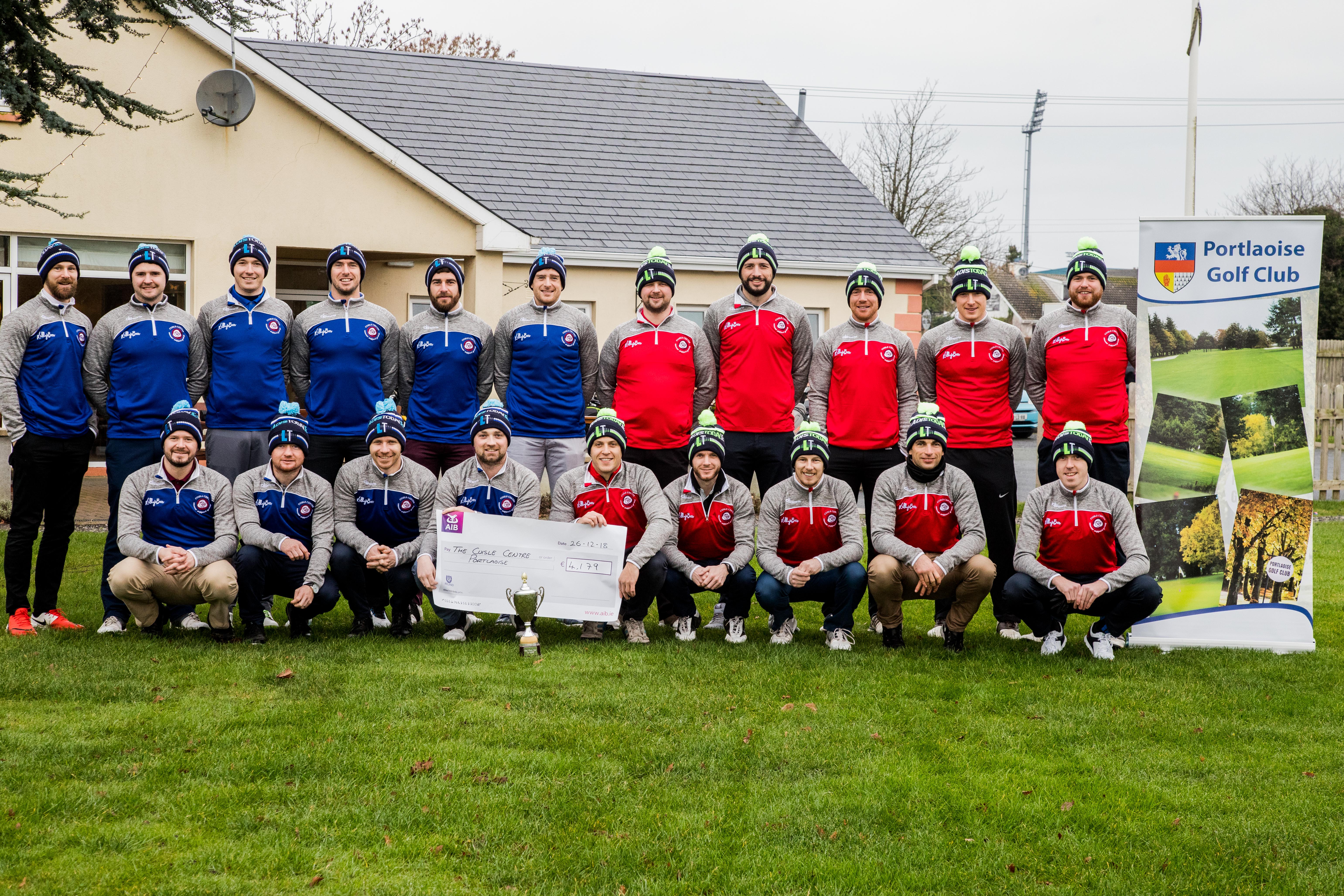