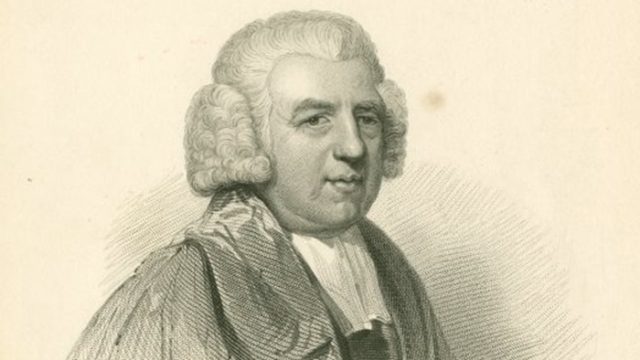 John Newton was a cruel and vile man who seemed beyond hope, but he became an example of God’s amazing grace.

His true story gives me hope, because his heart and life were so radically changed.

The same amazing grace that transformed Newton brought hope to his contemporaries and still reaches our generation with hope today.

Newton was a man of whom I could believe that if God would give him a hope and a future, then He will do the same for us all.

In Newton’s own words from his diary on March 21, 1748: “On that day the Lord sent from on high and delivered me out of deep waters.”

Fifty-seven years to the day later (March 21, 1805) he wrote: “Not well able to write; but I endeavour to observe the return of this day with humiliation, prayer, and praise.”

Of Newton and his ministry;

“Only God’s amazing grace could and would take a rude, profane, slave-trading sailor and transform him into a child of God. Newton never ceased to stand in awe of God’s work in his life.

In 1764, at the age of thirty-nine, John Newton began forty-three years of preaching the Gospel of Christ.

In 1779, Newton left Olney to become rector of St. Mary Woolnoth in London. His ministry included not only the London poor and the merchant class but also the wealthy and influential.

William Wilberforce, a member of Parliament and a prime mover in the abolition of slavery, was strongly influenced by John Newton’s life and preaching.

Newton’s ‘Thoughts on the African Slave Trade,’ based on his own experiences as a slave trader, was very important in securing British abolition of slavery.

For the Sunday evening services, Newton often composed a hymn which developed the lessons and Scripture for the evening.

In 1779, 280 of these were collected and combined with 68 hymns by Newton’s friend and parishioner, William Cowper, and published as the Olney Hymns.

The most famous of all the Olney Hymns, ‘Faith’s Review and Expectation,’ grew out of David’s exclamation in 1 Chronicles 17:16-17. We know it today as ‘Amazing Grace.’

Newton lived to be eighty-two years old and continued to preach and have an active ministry until beset by fading health in the last two or three years of his life.

Even then, Newton never ceased to be amazed by God’s grace and told his friends, “My memory is nearly gone; but I remember two things: That I am a great sinner, and that Christ is a great Saviour.”

The words of the beloved hymn penned by John Newton acknowledges God’s amazing grace as he experienced in his own life.

“Amazing grace, how sweet the sound that saved a wretch like me! I once was lost but now am found, was blind, but now I see.

T’was grace that taught my heart to fear and grace my fears relieved. How precious did that grace appear the hour I first believed.

Thru many dangers, toils, and snares I have already come ‘Tis grace has brought me safe thus far, and grace will lead me home.

When we’ve been there ten thousand years bright shining as the sun, we’ve no less days to sing God’s praise than when we first begun.” (John Newton)

Hope is a powerful energy that allows us to breath with confidence and resilience. To celebrate hope we must first experience despair and desolation.

Peace of Mind is a most important gift that we must never take for granted. The following prayer is full of spiritual and life-giving hope.

God grant me the serenity
To accept the things, I cannot change;
Courage to change the things I can;
And wisdom to know the difference.
Living one day at a time;
Enjoying one moment at a time;
Accepting hardships as the pathway to peace;
Taking, as He did, this sinful world
As it is, not as I would have it;
Trusting that He will make all things right
If I surrender to His Will;
So that I may be reasonably happy in this life
And supremely happy with Him
Forever and ever in the next.
Amen.