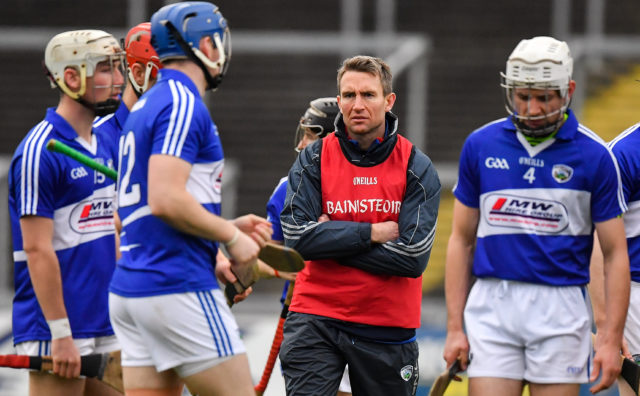 It was always likely that the Laois hurlers were going to struggle against Waterford in their Allianz Hurling League Division 1B game on Sunday in O’Moore Park – the Deise in an All Ireland final as recently as 2017 and in red hot form having beaten Offaly by 28 points last weekend.

They had 16 points to spare at the final whistle but there was still plenty to take from Laois as they now have their two toughest games out of the way.

Man of the Match – Mark Kavanagh

Laois’s top performer was Mark Kavanagh, who finished with 1-8 to his name. He battled hard against a quality Waterford defence in the opening half and was Laois’s top forward.

His free-taking was solid and while he missed a couple into the strong breeze, he had a fine game and his goal was an absolute cracker.

Lee Cleere certainly won’t remember this game too fondly. Having been out with injury for the best part of two months, he was introduced as a half-time sub for Conor Phelan.

But referee Colum Canning gave him a straight red card within a minute of the restart following an off-the-ball clash with Waterford’s Thomas Ryan. Cleere will now almost certainly be suspended for one game and will miss the visit of Offaly to O’Moore Park on Saturday week.

Cha Dwyer was introduced as a sub for PJ Scully late in the first half but he was taken off again less than ten minutes into the second half after picking up what looked like a hamstring injury.

Dwyer had appeared briefly against Galway last weekend but this setback couldn’t be timed worse with games against Offaly and Carlow in the coming weeks.

Laois were 15 points down early in the second half and a man down but they battled hard to the final whistle – something which Eddie Brennan referenced in his after-match interview.

“The easiest thing would have been to throw in the towel,” said the Laois boss, who added that “the cup is half full” in terms of what he’s seen in the opening two rounds.

When you take Mark Kavanagh’s tally of 1-8 out of Laois’s 1-15, only one point was scored by the rest of the starting forwards, that from Neil Foyle in the second half. PJ Scully, who started midfield, and sub Willie Dunphy got a point each while four of Laois’s points from play came from defenders with Jack Kelly pointing twice and Ryan Mullaney and Sean Downey with one each.

Regardless of the standard of the opposition, Laois are going to have to get more from their starting forwards.

Laois now have a two-week break until they host Offaly in O’Moore Park on Saturday, February 16. Like Laois, Offaly have lost their opening two games – going down heavily to both Waterford and Dublin.

Eight days later Laois then travel to Carlow, who recorded a famous draw against Galway this afternoon. Laois then finish up on March 3 away to Dublin.