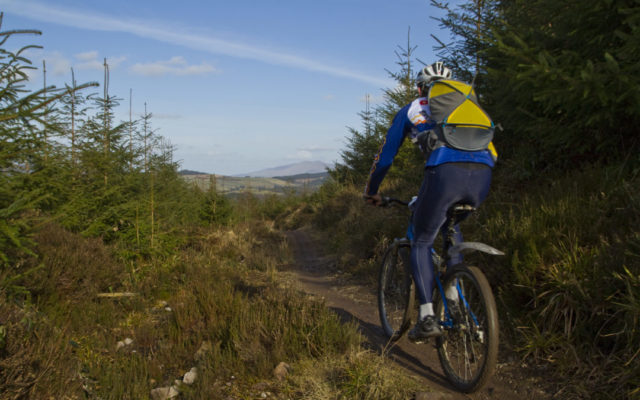 Over €10 million has been announced for a mountain biking scheme across seven counties, including the Slieve Blooms in Laois and Offaly.

This is part of the €62 million Coilte-led project announced for rural regeneration projects across the country.

€10,262,900 will be divided between the Slieve Bloom Trail and other mountain biking trails around Ireland.

The Rural Regeneration and Development Fund aims to rejuvenate rural Ireland. It aims to do this by supporting projects in towns and villages with a population of less than 10,000.

Some 66 projects were marked to benefit from the €62 million cash injection. This was awarded as part of the €1 billion Rural Regeneration and Development Fund  – a part of Project Ireland 2040.

“This Fund is a clear demonstration of Project Ireland 2040 in action and is further evidence of this Government’s commitment to rural communities. These investments will have a transformative effect on many rural towns, villages and outlying areas,” said Minister Ring.

Director of Product Development at Fáilte Ireland Orla Carroll was present for the announcement and praised the funding allocation.

“This funding will greatly enhance attractions throughout rural Ireland which will boost visitor numbers to the regions and support local job creation in the tourism sector,” she said.