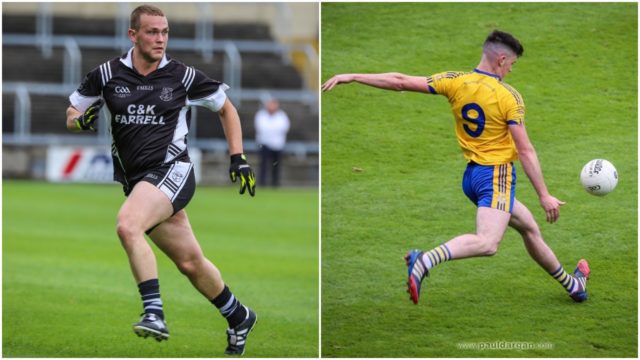 St Joseph’s and Arles-Killeen will battle it out next weekend for the 2019 Kelly Cup.

Both sides came through their semi finals today and here is a rundown of how both games went.

Arles-Killeen have racked up a third big win of 2019 as they dismissed the challenge of Killeshin in Mageny this afternoon.

After big wins over Crettyard and Timahoe in the previous rounds, Killeen has 16 points to spare here as they marched to the final.

Killeshin actually started the game very well and had the better of the opening quarter of play.

A brace of Cathal Brennan points along with scores from Evan Lowry, Paddy Doyle and Michael Doran helped them into a 0-5 to 0-3 lead by the midpoint of the half.

But they failed to score again before half time as Killeen took over. Jason Enright converted a penalty before Sean O’Shea struck for a second goal to give Killeen the lead.

Donie Brennan landed five first half points too as Killeen took a 2-11 to 0-5 lead at the break.

Conor Keightley, Sean O’Shea, Jason Enright and Niall O’Rourke all pointed to put the tie beyond any doubt in the second half.

In fairness to Killeshin, they did finish the game well with points from Evan Lowry and teenager Liam Seery but the damage was well and truly done by then.

The 2017 champions and 2018 defeated finalists clashed in Kellyville this afternoon with the former proving victories.

St Joseph’s will face Arles-Killeen in next weekend’s final after a two point win over Stradbally this afternoon.

Stradbally began the tie well and a Benny Lawlor goal had them ahead early on.

But St Joseph’s battled their way back into the game and a Bernard Wheatley goal gave them a 1-8 to 1-6 lead at the break.

Colm Kelly was Stradbally’s chief scorer in the game and his points kept the Little Town in it right to the end.

But the decisive score was the game’s third goal and it came the way of Ciaran Ramsbottom as St Joseph’s moved into the final with two points to spare.