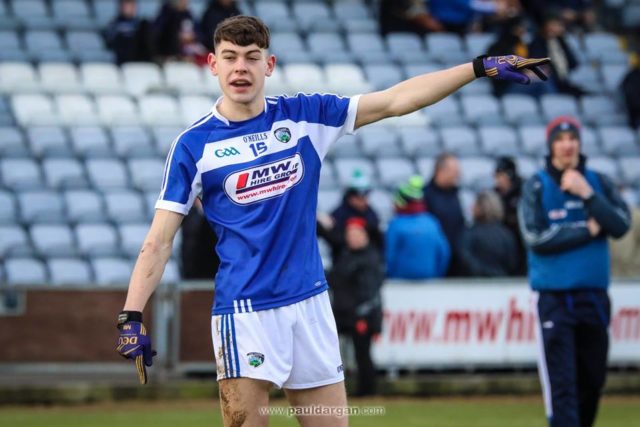 Laois take on Westmeath in Round 4 of their Allianz Football League Division 3 campaign this afternoon.

The game throws in at 2.30pm in Cusack Park, Westmeath.

Following on from the win over Sligo two weeks ago, manager Sugrue has made two changes to the starting team.

Timahoe’s Damien O’Connor comes in for Graiguecullen’s Danny O’Reilly on the half forward line.

While The Heath’s Denis Booth is also in for his first appearance of the year at full back in place of Shane Nerney.

That means that Kevin Meaney keeps his place in midfield ahead of Kieran Lillis who has just returned from suspension.

Westmeath manager Jack Cooney has also named his starting team for the game.

It shows seven changes from the side that played Laois in the quarter final of the Leinster championship last summer.

What have Westmeath been like in the last couple of seasons?

Westmeath have been on something of a tour of the National Football League in the last five years.

Back in 2014, they were in Division 1 but they lost all seven games and were relegated.

That sent them on a tail spin where they suffered three more relegations and ended up in Division 4 in 2017 which they won.

Laois met Westmeath three times last year. They played home and away in the O’Byrne Cup with Westmeath winning both games.

The sides met again in the quarter final of the Leinster championship where Paul Kingston scored a hat-trick as Laois recorded a brilliant win on the way to the Leinster final.

Sean Hurson from Tyrone is the man in the middle.

There are three other Division 3 games set to take place on the day.

Leaders Longford host Down at 2pm, bottom side Sligo travel to Louth at 2.30pm while Offaly face Carlow at 3pm.

There is. The Westmeath hurlers face Meath in Division 2A of the hurling league at 12.30pm