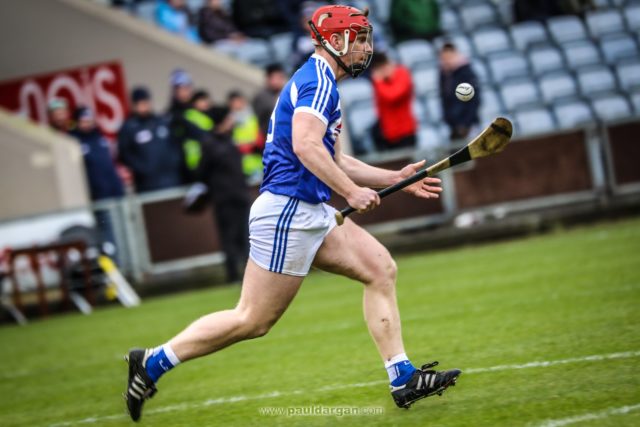 This weekend sees the Laois senior hurling team take on All-Ireland champions Limerick in the Allianz division one league quarter-final.

The teams have been made, the prices set and we’re just waiting for the sliotar to be thrown-in.

Three changes have been made to the Laois side which was narrowly defeated by Dublin in the final Division 1B game last weekend.

Willie Dunphy, who came off with a hamstring injury in the Dublin match, is not named as starting on Eddie Brennan’s side.

John Lennon is in for him while Jack Kelly starts in midfield in place of Cha Dwyer.

The final change is in the full forward line where Stephen Bergin is in for Stephen Maher.

Meanwhile, just six of the starting All-Ireland winning side have been selected for this upcoming encounter.

What have Limerick been like so far this season?

Stating that Limerick have performed well in this 2019 season and the past 2018 season is possibly the greatest understatement of the year.

John Kiely’s side have come off their All-Ireland final victory and have not seen a slumped in their progress, as might be expected after the 2018 they put in.

Limerick topped division 1A after wins over Wexford, Tipperary and Kilkenny and a draw last weekend to Clare.

They only suffered one loss during the league, which came as a shock to many hurling spectators as Cork defeated the Treaty county on home soil, 2-21 to 1-21 in February.

As Limerick played in division 1B last year, Laois have encountered them in previous league campaigns.

In January 2018, they suffered a 1-25 to 0-18 defeat away in the opening round of the league. 2017 saw one of Laois’s heaviest defeats in many years as Limerick came away 29 point victors on that day.

The referee for this game is Colm Lyons (Cork). The Nemo Rangers man oversaw proceedings in the Galway-Tipperary Allianz hurling league final in 2017.

What other Division 1 games are on this weekend?

Due to the weather conditions calling off many division 1A and 1B games last weekend,  three other of the quarter finals have been pushed back a week, as has the league final.

On Sunday, Offaly and Carlow meet for the second time in two weeks to decide the fate of who will be relegated from division 1 next year.

Offaly will be brimming with confidence over last weekend’s win, and have the advantage of bringing Carlow to Bord na Mona O’Connor Park for this relegation battle.

Another Division 1B game is the refixed clash between Waterford and Galway.

Meanwhile, two more games are down for decision in division 1A. After just one win for Liam Sheedy’s Tipperary, they will be looking for a stronger finish to their league as they travel to Pairc Ui Rinn on Sunday.

Wexford and Kilkenny both lie on equal points in the league table. The winner of their rescheduled fixture on Sunday will be guaranteed their place in the knock-out stages.

Laois GAA have also revealed that the ticket prices for the game on Saturday night will remain unchanged.

Peter said: “We hope to see a big crowd in O’Moore Park on Saturday night to give them support against the All-Ireland champions.

“This is a fantastic occasion for the Laois hurlers and we hope that people can really get behind them on Saturday.”