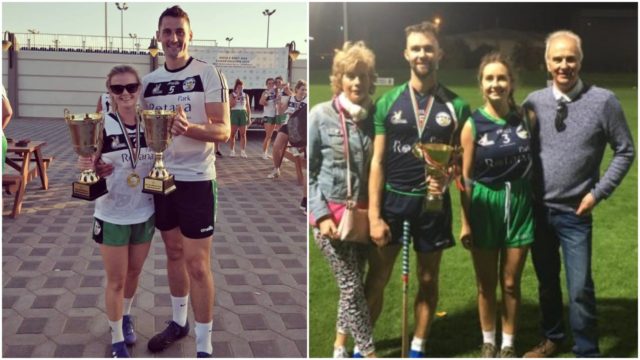 Rachel Williams, James Finn, Eoin Reilly, Gillian Reilly, Eamon Bolton and Sharon Wall are all involved in the Abu Dhabi club which picked up the spectacular treble at the weekend.

An astonishing 1,200 players on 100 teams emerged on Abu Dhabi’s Zayed Sports city for the grand finale of the Middle East GAA season.

Teams included those from Kuwait, Bahrain, Dubai and more.

Ballyfin native James Finn and Killeshin man Eamon Bolton togged out for the Abu Dhabi men’s football setup. Two Abu Dhabi sides competed for the top spot in the final at the weekend.

Former Laois hurling goalkeeper Eoin Reilly now plys his trade in goals in Abu Dhabi – and made this crucial penalty save to help bring his side championship glory.

Eoin’s sister Gillian also stepped into the goals for Abu Dhabi’s camogie side which also competed at the weekend.

Abu Dhabi Na Fianna is one of the biggest and longest established sports clubs in the Gulf and has been in existence since 1994.

Na Fianna began playing their first ever competitive matches in both hurling and football.

Since then the club has expanded every year: a ladies team was established in 1999 and a junior team followed in 2004. 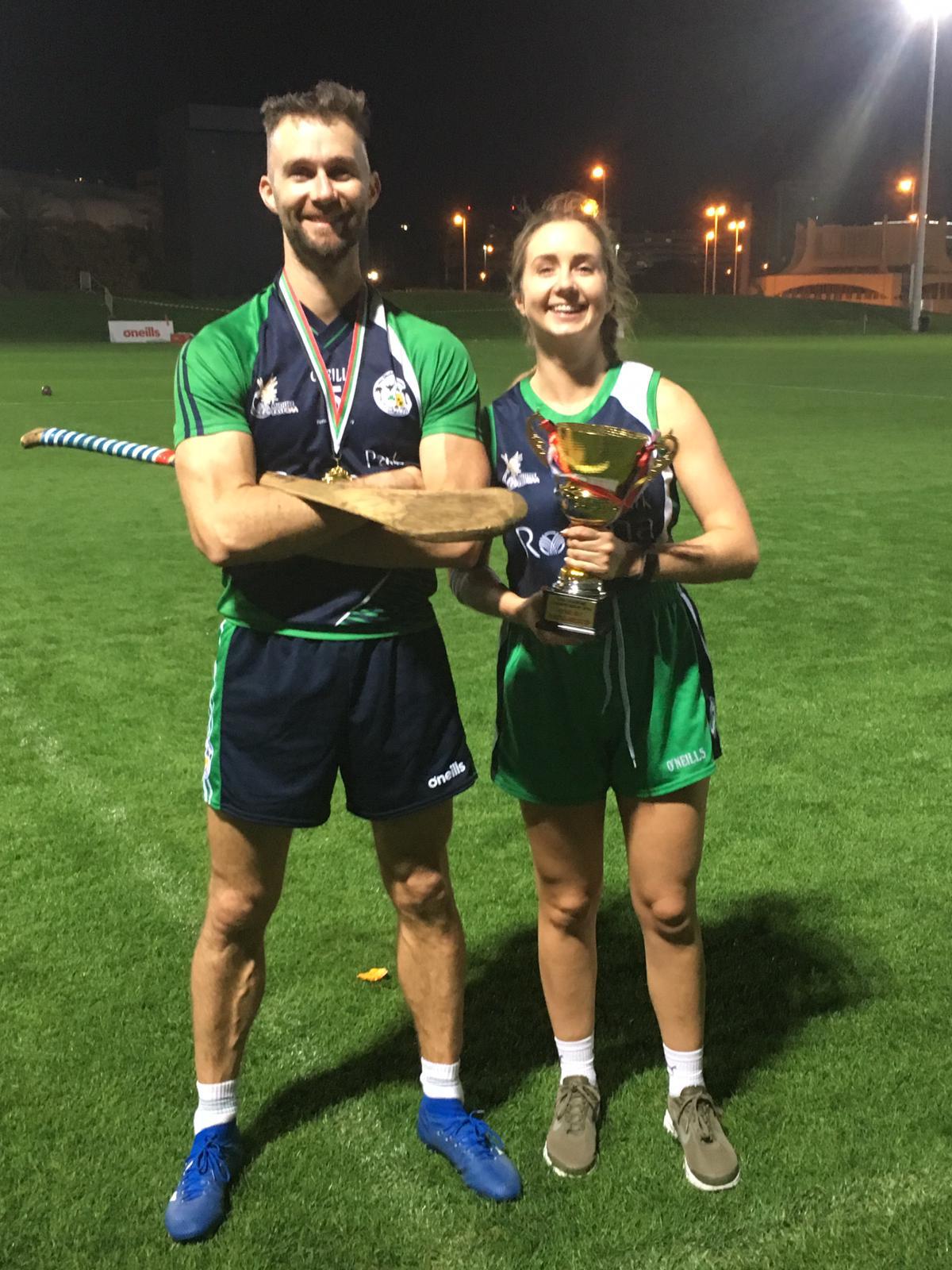 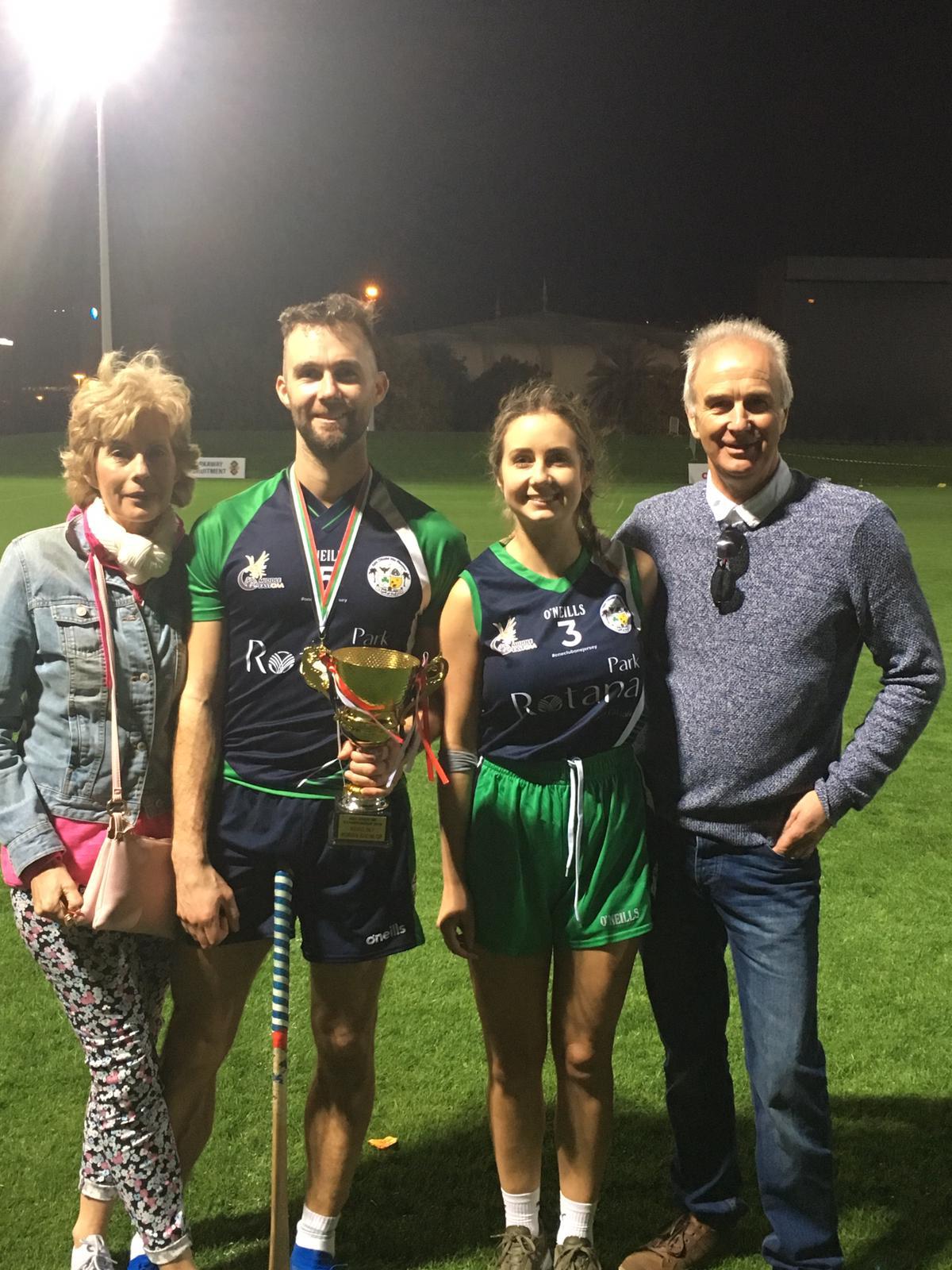 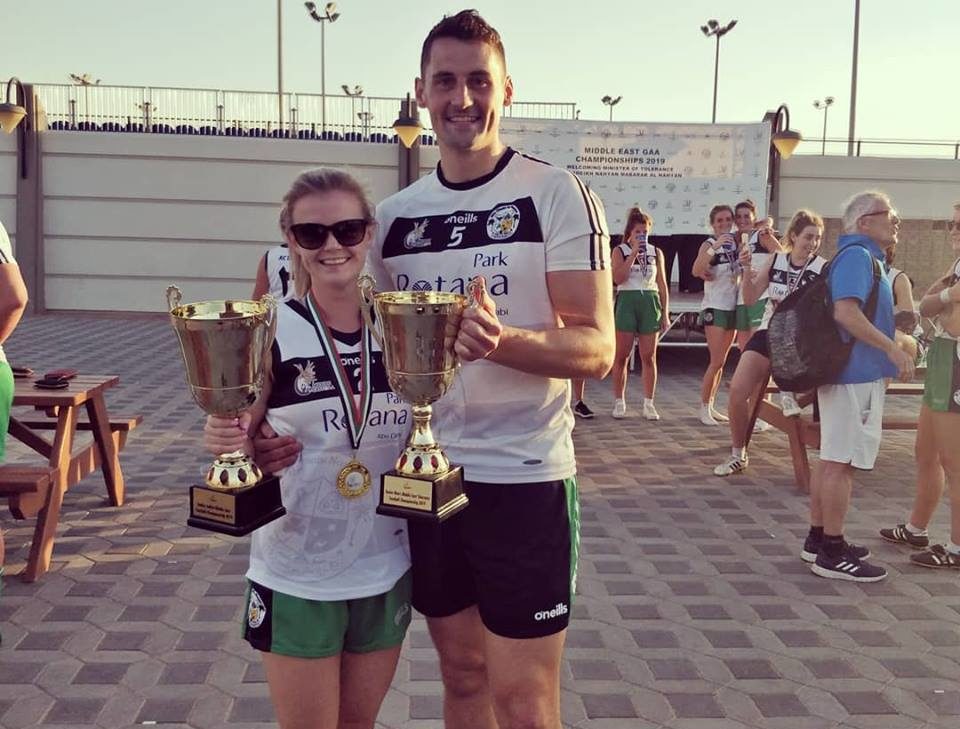