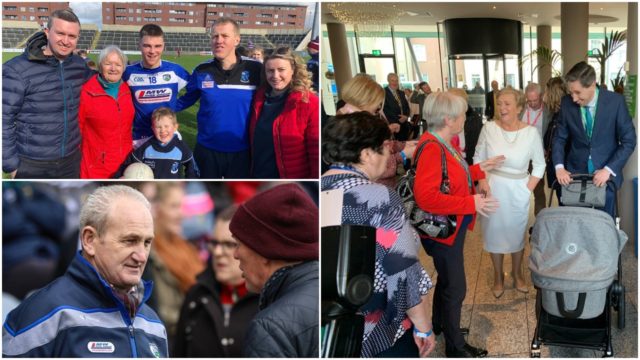 It’s a busy job being a local politician but one woman who definitely had a hectic weekend was Ballyroan-based Fine Gael councillor Mary Sweeney.

On Saturday, Irish Independent Group Political Editor Kevin Doyle joked on Twitter that Leo Varadkar was being upstaged at the Fine Gael conference in Wexford by Simon Harris’s baby and he posted an image of Harris pushing a buggy with Frances Fitzgerald by his side.

But it’s Cllr Mary Sweeney that appears to be holding court and has the two high-profile Fine Gaelers in stitches, whatever yarn she’s telling them!

It was a very different scene on Sunday afternoon for Mary as she was in O’Moore Park to support the Laois footballers – and her nephew Marty Scully who was on the starting team.

Scully is having a great debut season and afterwards some of the Ballyroan crew posed for a photo with Marty, including aunt Mary, her son Conor and other cousins Kathleen Scully, Michael Scully (Ballyroan-Abbey secretary) and Michael’s son Aidan. 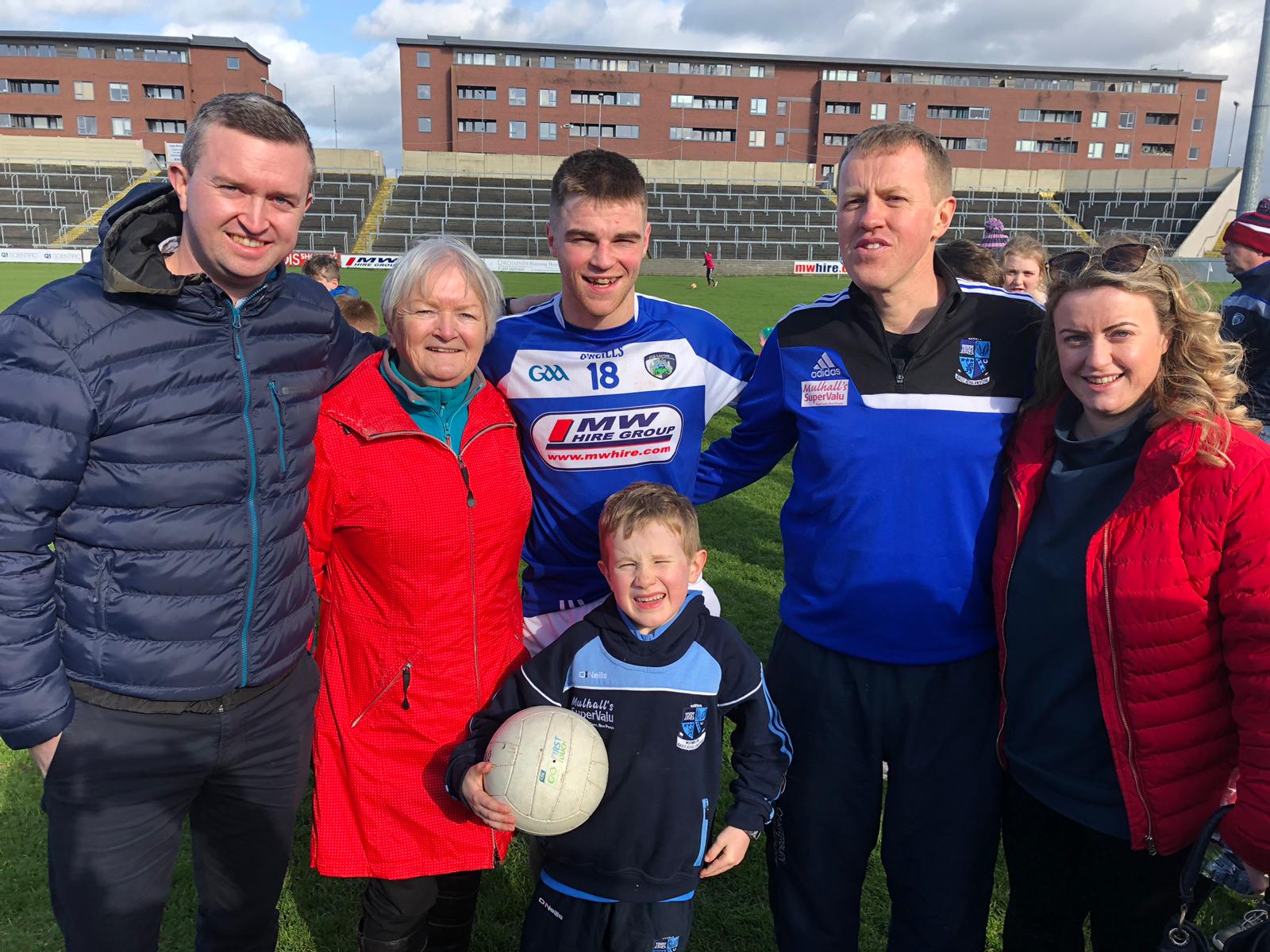 Ben Brennan in the thick of it

Speaking of football, all our coverage of the Laois v Carlow game at the weekend was brought to you in association with Ben Brennan, an independent councillor for the Graiguecullen-Portarlington Municipal District.

Ben, who has huge GAA links having been chairman and manager in his native Crettyard, was spotted at the tunnel after the game applauding the Laois team on a fine win.

Indeed it’s a great time for footballers from that neck of the woods – Ben’s clubman Evan O’Carroll was once again Laois’s top scorer, Killeshin’s Stephen Attride is team captain, Eoin Lowry was on the scoresheet and the Graigue duo of Mark Timmons and Trevor Collins both played the full game too.

IFA will hold four open farmer meetings for the candidates running in the European Elections in May.

IFA President Joe Healy said the meetings would be an opportunity for farmers to ask the candidates about their position on key farming issues.

Joe Healy said the European Parliament has an increasingly important role in making decisions at EU level & the meetings will look at a range of topics, including the next CAP, retail regulation and climate change.

The IFA President encouraged farmers across the country to attend a meeting as it will allow them to hear what candidates are willing to do for farm families.

Ahead of the meetings, IFA will be launching its Election Manifesto on Wed, April 10th.

The full schedule for the Ireland South constituency is as follows:

Laois/Offaly TD and Minister for Justice  & Equality, Charlie Flanagan, has said the European Commission has launched a new online portal to highlight in detail all the work that has gone into Brexit preparedness.

Minister Flanagan said: “The new portal will be a very useful port of call for farmers and agri-food operators who want to find out more about the EU supports available.

“As Ireland’s largest indigenous industry, the Government is particularly aware of the potential impact a Hard-Brexit could have on the Agri-Food Sector across Ireland and in Laois where it is such an important industry.”

Minister Flanagan concluded, “Unfortunately however there is no such thing as a good Brexit and preparedness cannot mitigate all of the impacts of a hard Brexit should it occur.”