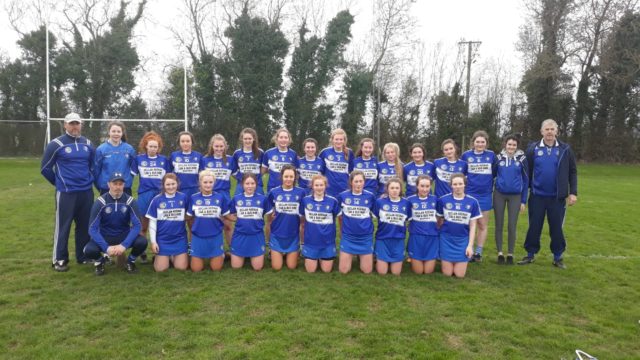 Laois camogie have topped group one of the minor ‘B’ championship following wins over Roscommon, Meath, Limerick and, as of today, Kildare.

Robert Jones’s side lead from the off, and held Kildare to only two points before the final puck of the ball saw the Lilywhites hit the back of the net.

They did want they needed to do to get the win – with Kirsten Keenan securing five points from play helped with scores from Molly O’Connor, Clodagh Tynan, Jessie Quinlan and Alice Walsh.

Laois minors got their championship campaign off to a winning start against Roscommon, taking home a 19 point victor over the Rossies at the beginning of March.

The young Laois side caused possibly the upset of the tournament as they edged out a defeat against Limerick – winning 0-14 to 2-5 in a tense, nail-biting display.

Following today’s victory, they sit top of the group, awaiting their opponents on the other side of the table.

Their are still two games left in group two which will decide who Laois will play in the semi-finals. Among the contenders are Derry, Westmeath, Carlow, Armagh and Down.