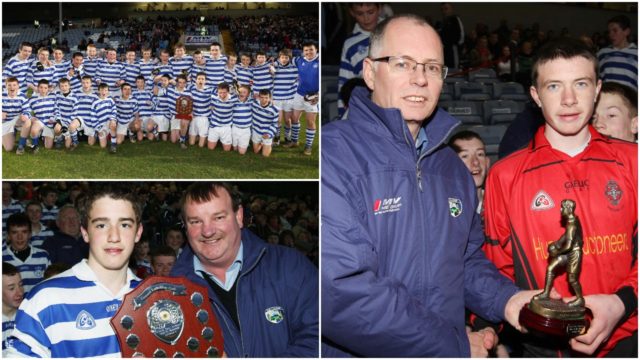 Knockbeg College and Portlaoise CBS faced off in the 2nd year final in O’Moore Park nine years ago.

Knockbeg began the game well with good scores coming from Lawrence O’Sullivan and Michael Keogh and a good move which ended in a JJ Mahon Goal.

Portlaoise were causing the the Knockbeg defense problems but they were not able to register a score.

Knockbeg were the better side in the opening half and Cormac Murphy was at the heart of every attack setting up two more scores before the break.

The half time score was 1-4 to 0-0 in favor of Knockbeg after a fantastic first half display.

Portlaoise came flying out after the break and the tide began to turn as Cathal O’Connor raised the green flag shortly after the restart.

Cathal O’Connor then added a point which was soon followed by a Dan Delaney score.

Knockbeg were under severe pressure but stayed calm and put three more points on the scoreline without reply to finish the game off.

Portlaoise nearly pulled off a brilliant comeback but Knockbeg won the game 1-7 to 1-2.