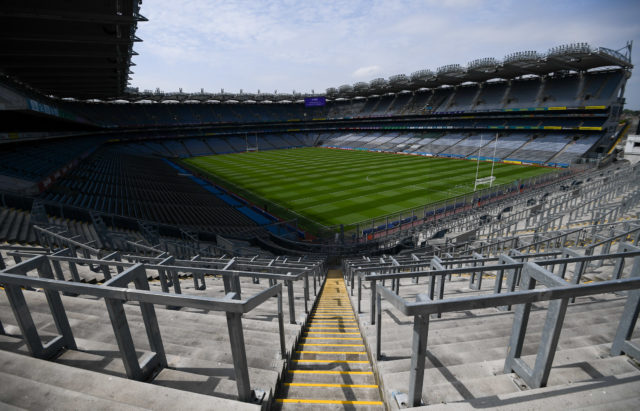 The Laois footballers are on their way back to Croke Park!

For the fifth time in the last 12 months, John Sugrue’s O’Moore men will head to GAA HQ to contest a game.

Following today’s remaining Allianz Football League Division 3 game, Laois will play Westmeath in the final after they drew with Louth.

The result means that Laois, Down and Westmeath all ended up on ten points with Laois and Westmeath progressing on points difference.

The game will take place on Saturday April 6 at 4.45pm in Croke Park.

Laois lost the Round 4 game between the counties by three points in Mullingar and next weekend’s final will be the second of at least three meetings as the sides are also set to meet in the opening round of the Leinster championship on Sunday, May 26.

The game will take place on Saturday April 6 at 4.45pm in Croke Park and forms part of a triple header with the All Ireland colleges ‘A’ and ‘B’ football finals.

All the other league finals are due to take place this weekend with Tyrone and Kerry meeting in Division 1 on Sunday while Meath and Donegal (Division 2) and Derry and Leitrim clash on Saturday.

There had been doubts that Laois’s final would be played in Croke Park at all after it was put back by a week.

Laois went top of Division 3 on Sunday following their 1-15 to 1-12 win over Carlow and regardless of what happens in the re-fixed Louth v Westmeath game, Laois were confirmed at that stage to have qualified for the final.