Brought to you association with People First Credit Union

Are you registered to vote?

Are you registered to vote in the forthcoming local and European elections? They take place on Friday, May 24, so the countdown and the canvassing is well and truly underway.

You can verify if you are registered to vote on www.checktheregister.ie. If you are not on the register of electors you still have time to do so by contacting Laois County Council for the requisite form and having your identity confirmed at you local Garda station prior to returning the paperwork to the Council.

There will be three votes on May 24 to elect 19 Laois county councillors, 5 MEPs for the new Ireland South constituency and a referendum proposing to change the law making it easier to access divorce. 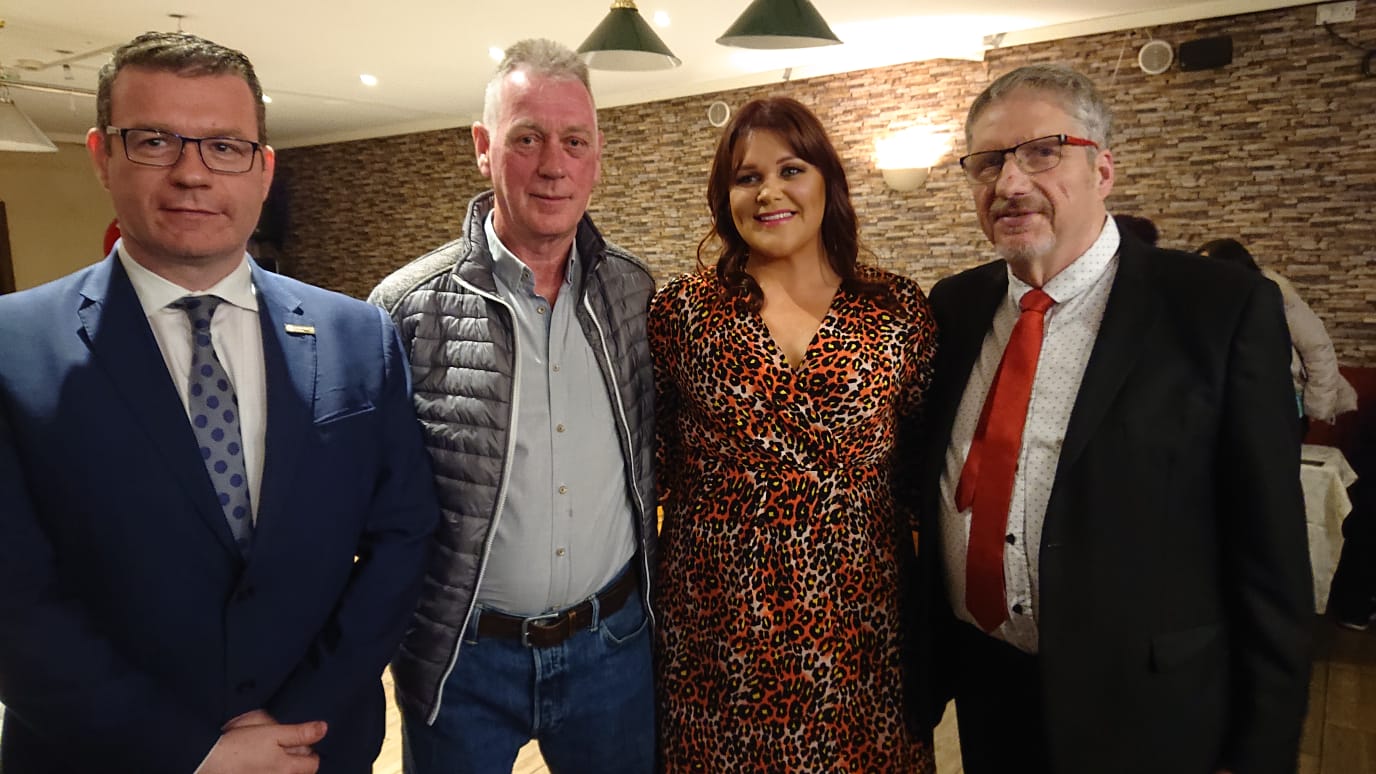 Cllr Tuohy will be pleased with the strong turnout of supporters at the event in Hume’s Pub where he appealed for votes to back his ongoing efforts on health services, housing, social issues such as suicide and combating crime.

He also reiterated his commitment to not using any election posters as he felt it was time for everyone to play their part in protecting the environment from plastics and other forms of pollution.

Deputy Alan Kelly TD said that if there was one person he wanted to see re-elected to the Council it is Noel Tuohy, who he said was the epitome of a great community person, totally dedicated to serving those in the community, especially those who needed help.

Kelly went on to tell the large attendance that Labour is not the liberal party but the party of work and workers that believed in fair conditions and fair pay for work, investment in good public services and helping those fall between the cracks in society and need assistance.

Cllr James Kelly not holding his breath on electronic tagging

Following on from a reply he finally received from the Department of Justice when he requested them to expedite the introduction of electronic tagging, Cllr James Kelly said he is not going to hold his breath, his frustration evident with the slow rate of progress on the matter.

Firstly, Cllr Kelly expressed his dismay that it took five months for the Department to respond to his motion even though he is in the Justice Minister Flanagan’s own constituency.

He said the reply not only took so long but was the exact same one that was issued to another councillor elsewhere last year.

“Judging by the length of time it took them to reply I don’t think we’ll be having electronic tagging anytime soon. I certainly won’t be holding my breath.”