Laois AFL star Zach Tuohy and his partner Rebecca Price have both shared adorable pictures after the birth of the latest member of the Tuohy clan.

Rafferty Tuohy is the second son of Zach and Rebecca, joining them and his big brother, five year old Flynn, Down Under.

He was born on Thursday night, with the happy news being announced on both Price’s and Portlaoise native Tuohy’s Instagram pages in recent hours.

A proud Town man, Zach certainly seems to have his life set up in Austraila now. He faces into an incredible tenth season of Aussie Rules.

Zach and Rebecca have just finalised the purchase of their new home in Geelong, within a stone’s throw of ‘work’.

It’s safe to say that Zach is going to have his hands full this spring, this summer, this season and that’s just changing nappies and getting their new home sorted.

Zach recently spoke to LaoisToday’s John Whelan about what life has in store for him Down Under, and how he remains as ambitious as ever as he tackles his 10th Aussie Rules season.

Many heart congratulations to Zach, Rebecca and Flynn on the birth of Rafferty from all the LaoisToday crew. 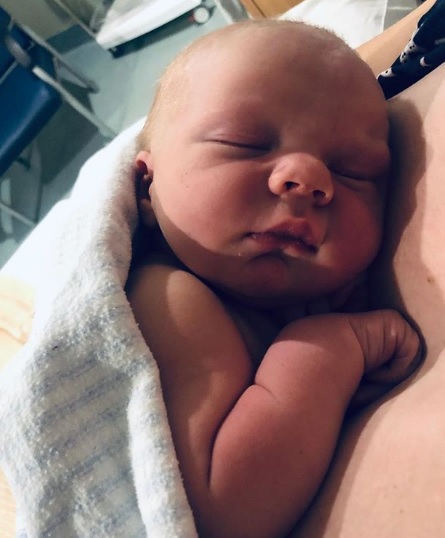