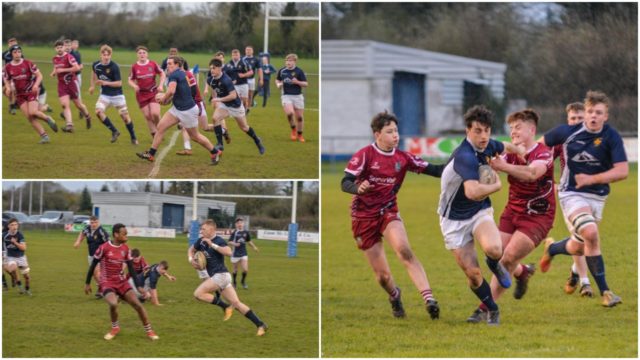 Portlaoise U-18s secured a well-deserved victory in the Leinster under 18 Plate Semi Final after they defeated Portarlington on Friday night in Togher.

As the old saying goes it was a game of two halves, as the game was played in perfect conditions in the first half, but conditions deteriorated at half time into a horrible wet evening.

Portarlington started the stronger but Portlaoise soaked up the early pressure, regained their composure to produce a clinical display, they scored eight tries in total.

The first of the tries came from Ryan McEvoy who rumbled over the line for the first of his two tries, Brandon Nolan converted.

The impact of McEvoy’s score was immediate, with an incessant period of pressure close to the Portarlington line.

Another try for Portlaoise was inevitable and it came in the 17th minute.

A moment of individual magic from centre Brandon Nolan saw him wrong foot the Port defence with a well-timed sidestep before racing clear to score Portlaoise’ s second try.

The next score came from Allan Connolly who gave another assured and commanding performance from out-half. 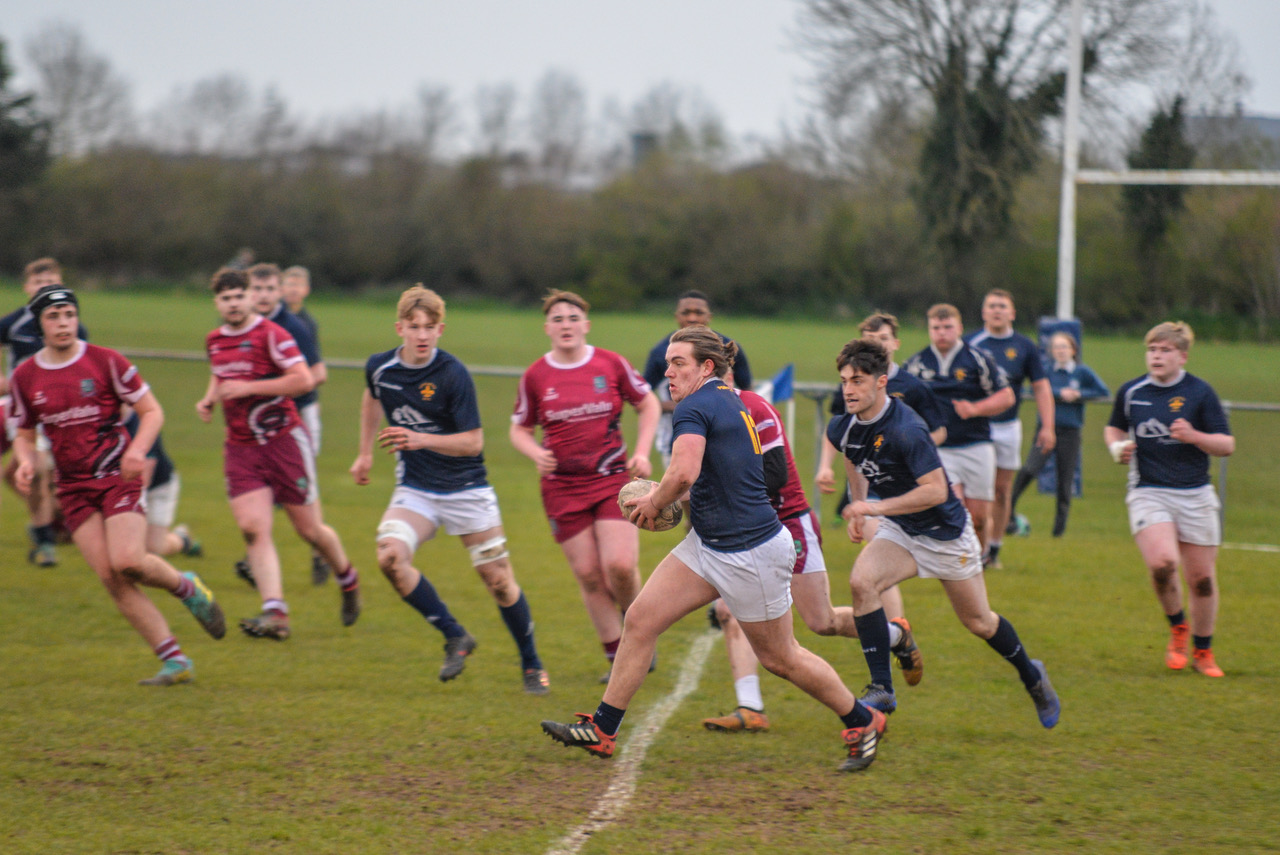 He picked a terrific line for his try and had the boldness and confidence to round the final defender and touch down in under the posts, the try was converted by Nolan.

Paddy Coss who gave a typically all-action display in the tight and in the loose drove over from close quarters for Portlaoise’ s fourth try. 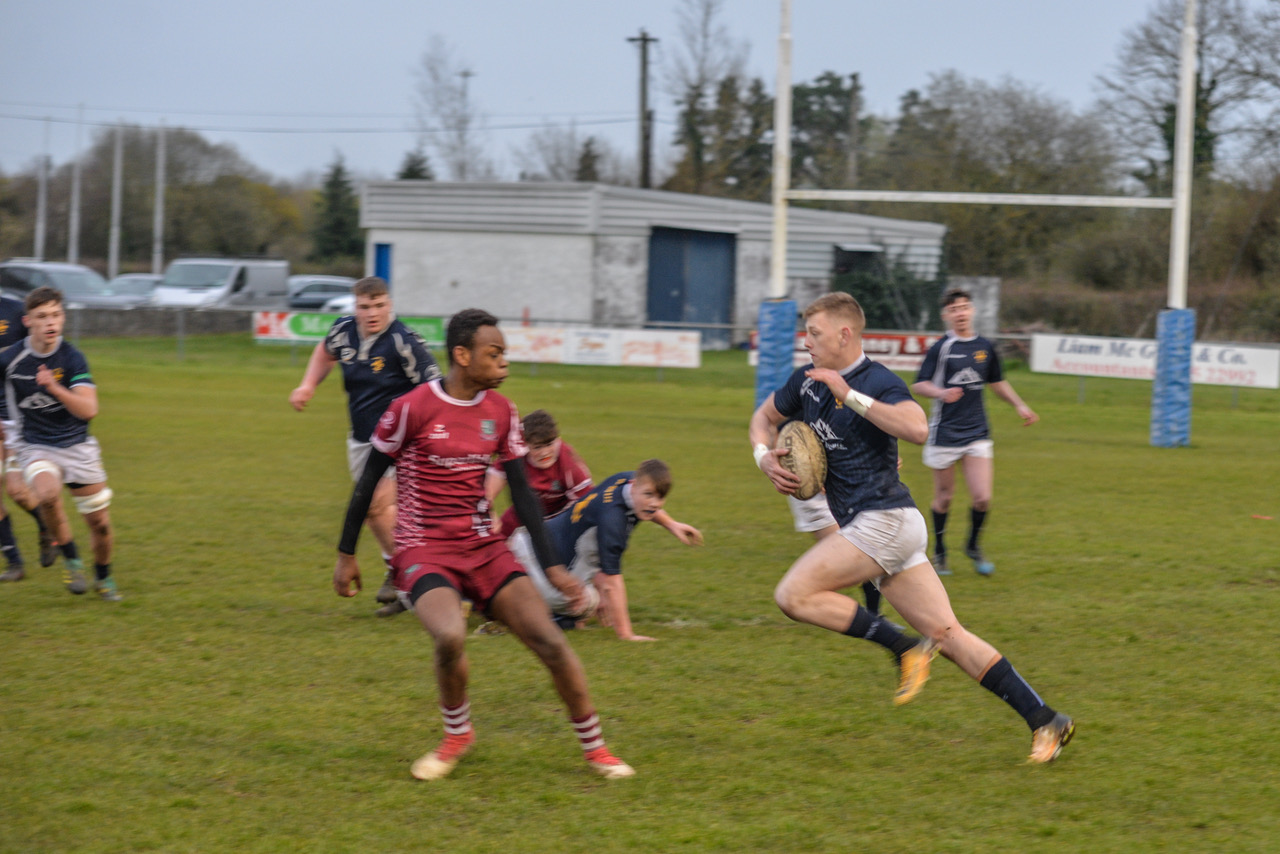 Portarlington were up next with a really well worked try in the corner. Following more sustained Portlaoise pressure and an explosive run from number 8 Adam Duffin, Portlaoise scored their fifth try through Ryan McEvoy who was rewarded for his hard work in running a support line to be on the hand of the pass to score.

The final score of the half was down to winger Conor Handcock who burst out from a group of players to score. The man with the hinges of steel just showed that incredible core strength, muscle and barged his way over, Brandon Nolan kicked the conversion to leave the half time score at 36-5. 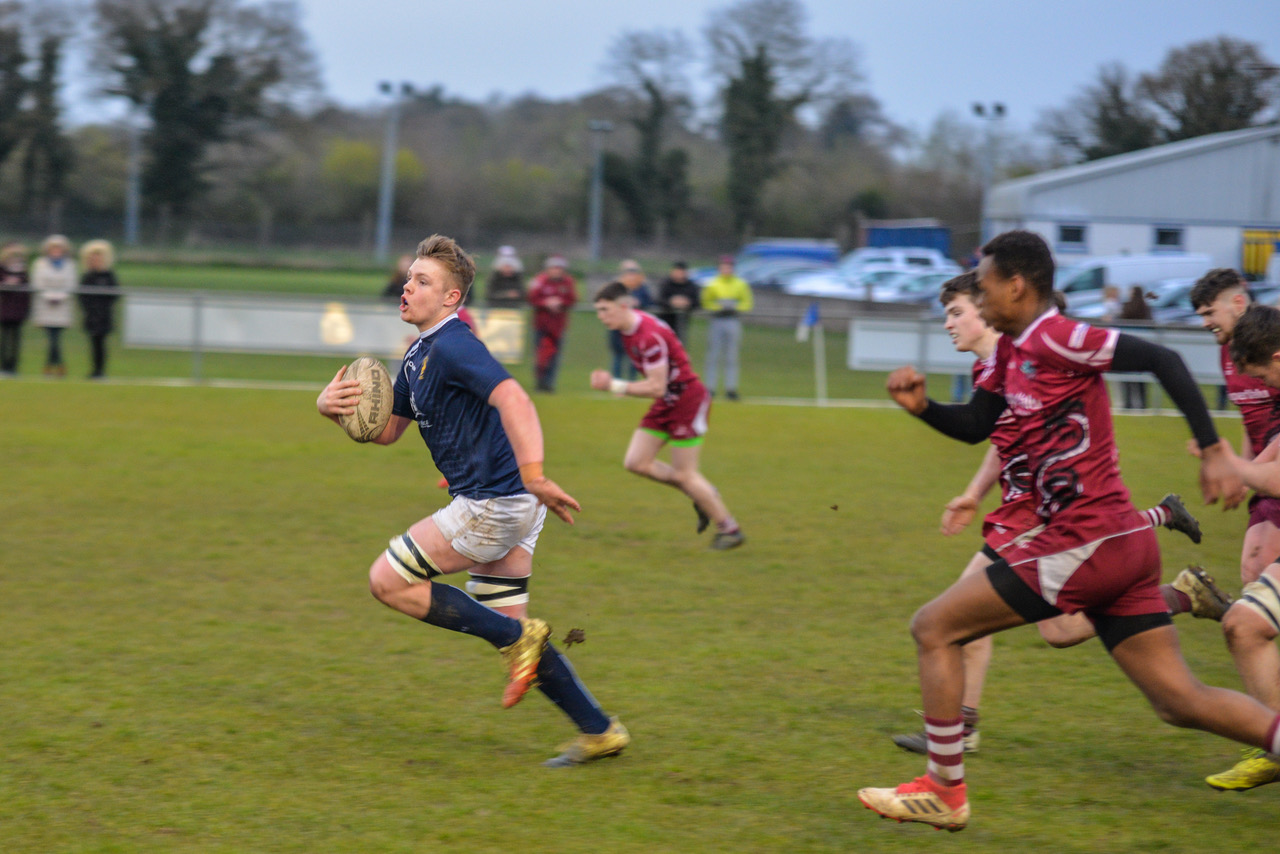 The second half opened up with the both teams slogging it out in terrible conditions and ownership of the ball turned over on both sides.

Portlaoise obtained possession from loose ball in their half and following three or four phases of play Brandon Nolan scored his second try. 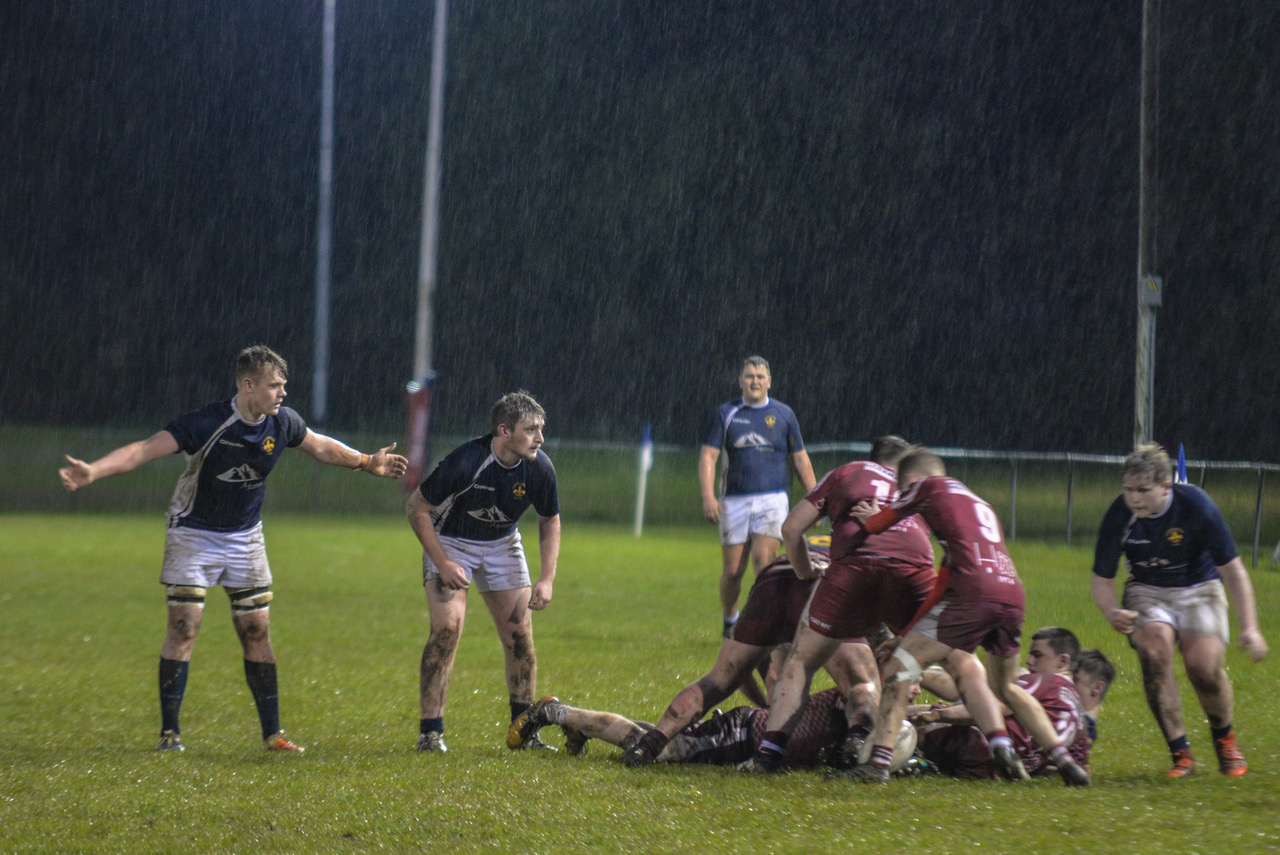 Portarlington scored next and converted their try. Conor Handcock scored the final try of the game. Portlaoise opted for the scrum twenty metres out from the Portarlington line.

Number 8 Duffin broke from the base of the scrum and fed to Handcock who carried three or four Port players with him over the line only to have the try disallowed. The referee adjudged it to have been held up. 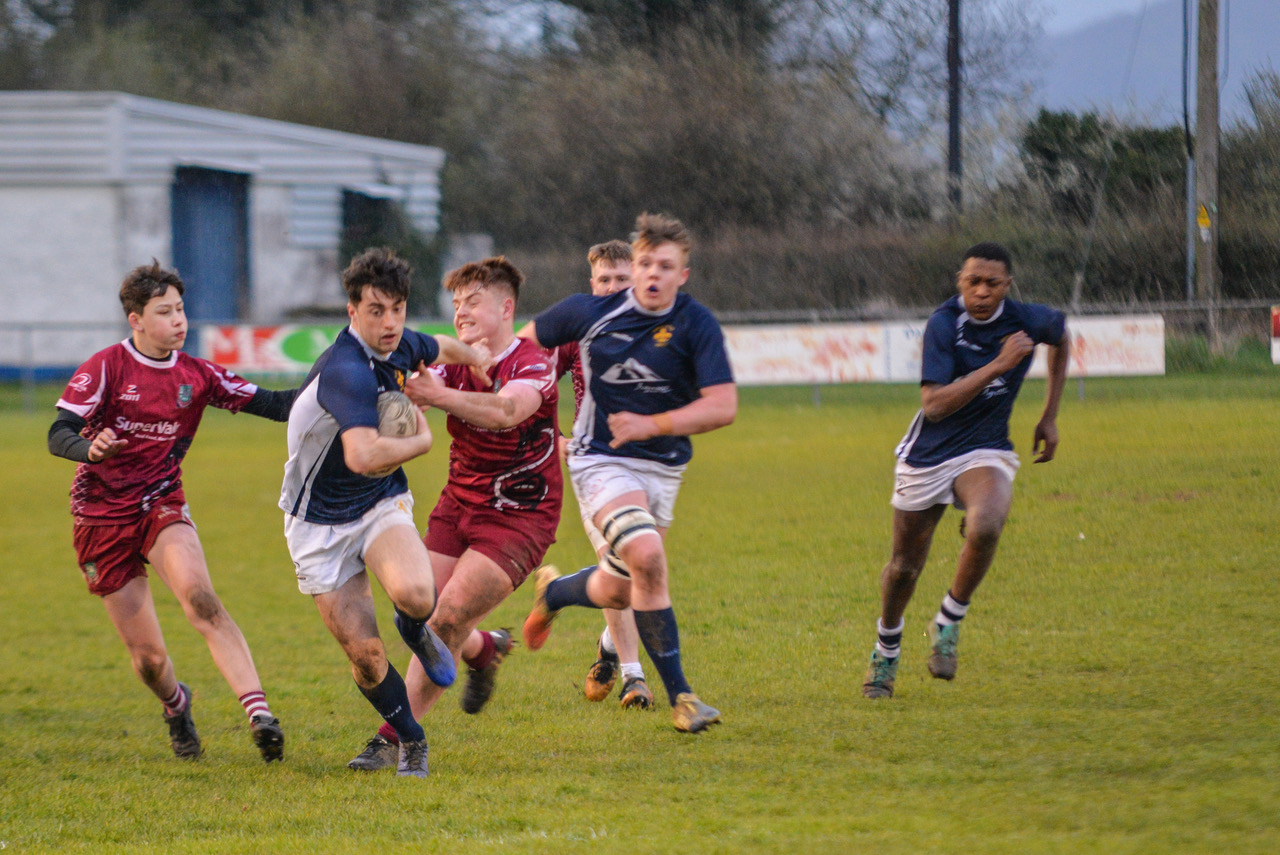 What happened next was an exact replica of what had happened previously, Handcock gathered again but this time made no mistake in his execution of scoring the try, Brandon Nolan converted to leave the final score at 48:12.

Portlaoise wait for the winners of Skerries and Enniscorthy to see they play in the final which is down for Energia Park Donnybrook on the 27th April or 6th May.