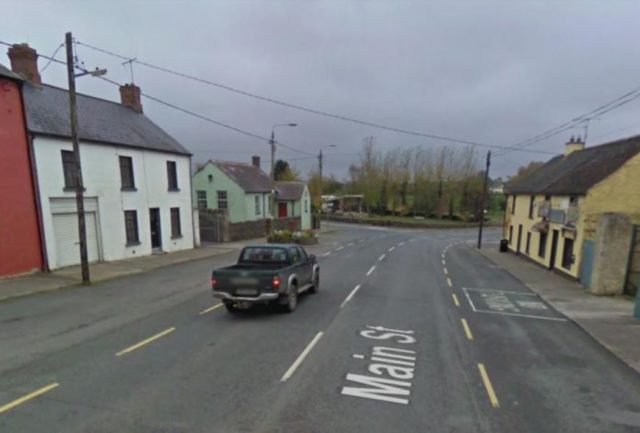 The office of the Minister for Justice and Equality Charlie Flanagan was contacted about reinstating the white lines and signs at Bondra Lane on the Abbeyleix road.

There previously was a continuous white line at this location in the Abbeyleix road, which was removed for broken white lines.

Councillors have been calling for the reinstatement of the solid white line in the interest of safety.

Cllr Mary Sweeney sent a letter to Minister Flanagan’s office, which was taken up with by Transport Infrastructure Ireland (TII).

TII stated that Kildare National Road Design will carry out the design for the road.

This sparked outrage among councillors in the Portlaoise municipal district.

“We have to go to the Minister for Justice to put a white line on a road?” said cllr Fitzgerald.

She then criticized the apparent amount of ‘red tape’ councillors go through, which she says was raised by the public on the doorsteps when canvassing.

Asking why Kildare County Council need to be involved for a road in Laois, cllr Willie Aird said: “Are we going to have a situation where we need to go to the Director of Housing in Offaly County County about housing here?”

“It really does beggar belief that we have to go to a drawing office to draw a white line in the road,” he added.

Senior engineer Wes Wilkinson said as the TII indicted that signage and lights would be included there is more to the road than drawing a white line through it.

However cllr Caroline Dwane Stanley praised cllr Sweeney for going through the Minister’s office to try get the situation solved, as she said that most councillors do contact their party TDs about local issues. “We’ve all done it,” said cllr Dwane Stanley.

Another issue which irked members of the council was why the solid white line was changed to a broken white line in the first place, indicating that it is safe to overtake other vehicles.

However the county cllrs stated that this difference is not obvious to average road users, and the broken white line must be reinstated for safety purposes.